A married couple from New York City and Alabama have pleaded guilty in federal court to attempting to travel to the Middle East to join and fight alongside the Islamic State terror group, authorities said.

The pair were arrested last year in New Jersey while attempting to travel overseas. The couple planned to travel to Yemen aboard a cargo ship in an attempt to stay away from law enforcement, federal prosecutors previously said.

In May 2020, Bradley allegedly told an undercover officer he thought ISIS was good for Muslims because it is attempting to establish a caliphate and also said he might do "something" at a U.S. military training academy if he wasn’t able to get out of the U.S.

A masked Islamic State soldier poses holding the ISIS flag in 2015. A New York City man and his wife have pleaded guilty to attempting to provide the terror group with material support, the Justice Department said.  (Pictures from History/Universal Images Group via Getty Images)

In January 2021, he allegedly told the same undercover officer, in his cause for jihad, he was considering using his truck to take "out" Reserve Officer Training Corps (ROTC) cadets he saw at a university in New York with the help of his wife. He previously expressed interest in attacking a military base.

After the couple met up in New York in early March, Bradley allegedly contacted the undercover officer for help getting on a cargo ship to Asia or Africa with the intent of traveling to the Middle East. The officer put them in contact with someone who could help who was actually another undercover officer.

Muthana is the sister of Hoda Muthana, who left the U.S. in 2014 to become an ISIS bride, according to AL.com. She reportedly said in 2019 that she "regrets" joining ISIS after surrendering to coalition forces, but a U.S. judge ruled that year she wouldn't be allowed back in the U.S. because she's not a citizen. 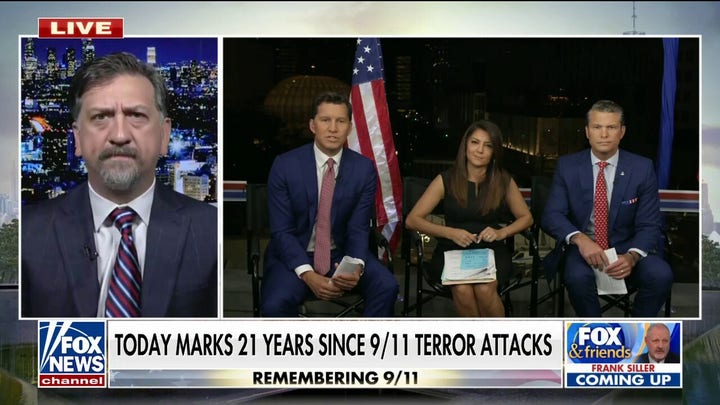