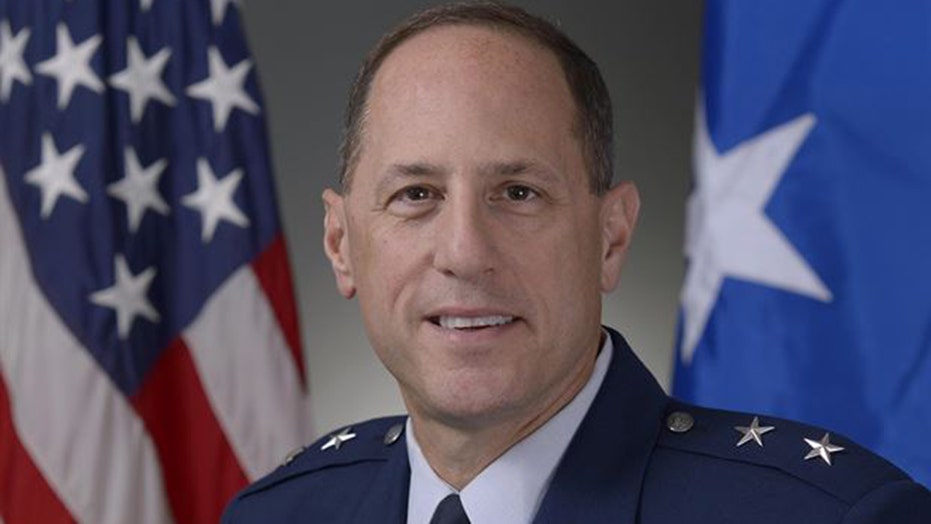 A former Air Force lieutenant general had a star removed from his rank after an investigation into his professional conduct uncovered alleged bullying – going so far as making pig noises at a female colleague over her weight – a report says.

The allegations against Lt. Gen. Lee Levy, who retired as a two--not three-star--general on Nov. 1, were detailed in an Air Force Office of the Inspector General report recently obtained by the Air Force Times. Levy was the former leader of the Air Force Sustainment Center in Oklahoma, which provides maintenance for a variety of planes.

Witnesses reportedly told the inspector general that during Levy’s time there, he made numerous weight-related comments toward a woman under his command – despite her never having trouble meeting the branch’s fitness standards.

“Oink, oink… Are you really eating again?” the woman claims Levy told her while she was eating lunch one day, according to the Air Force Times.

Former Lt. Gen. Lee Levy lost a star on his rank, a report says, after being investigated for alleged bullying behavior. (US Air Force)

RECOVERY EFFORT SUSPENDED FOR AIRMAN LOST IN GULF OF MEXICO

During a business trip to Washington around March 2017, Levy is alleged to have made another remark to her while the government vehicle they were traveling in was hitting bumps on a road.

A witness in the report claims Levy said something similar to “If you lose a few pounds, maybe the vehicle would have less strain on it.”

When asked about those allegations, Levy told investigators that he didn’t recall the “oink, oink” incident or directing other comments toward the woman about her weight and eating habits, the Air Force Times reports. He added that if he did say things like that, “it was part of a good-natured give-and-take between the two of them,” the report said.

The Inspector General Office’s March 2019 report concluded that “his comments were inappropriate,” “undermined” the woman’s dignity and “were not respectful of her.”

Witnesses who spoke to investigators also claim Levy often dropped packages and folders on the ground for his subordinates to pick up. They suspected it was intentional – with one witness describing it as a “total power move," the Air Force Times reports.

“At the time I felt like was a, you know, ‘Get on your knees, boy… pick that stuff up,’” one witness who reportedly had to pick up folders in three separate instances told investigators.

It was Levy’s bullying behavior, the Air Force Times says, that ended up costing him his third star.

But Levy, through a statement supplied by his attorney, is disagreeing with the allegations.

“I attempted to be tough but fair in my leadership style as we strove for excellence in everything we did,” he told the Air Force Times. “Had concerns been voiced at the time, I would certainly have addressed the issue to resolve it. Unfortunately, those who are now complaining waited until I left command and was retiring.”

Levy served the Air Force since 1985. A spokeswoman for the branch told the Air Force Times that officials conducted an officer grade determination on Levy and decided not to restore his third star.