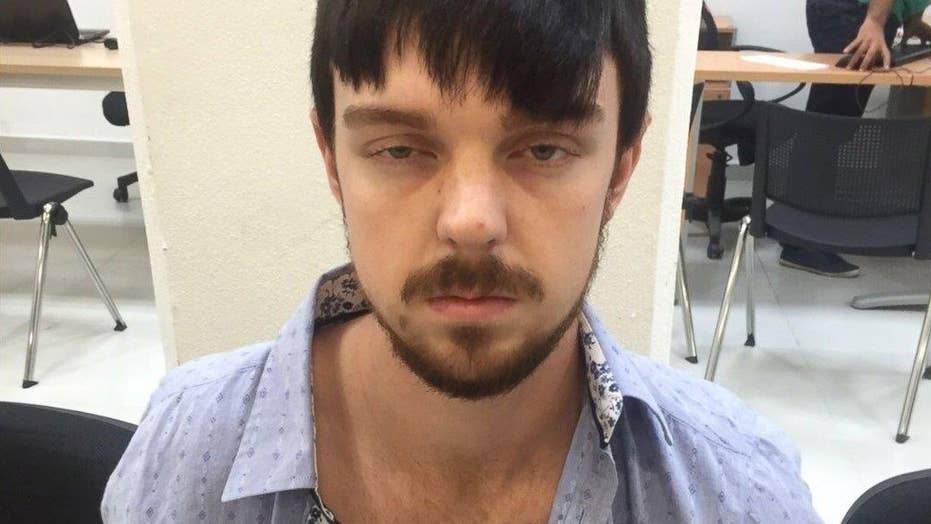 An attorney for the Texas teen who cited "affluenza" as a defense in a deadly drunken-driving wreck told FoxNews.com Friday he needed to ensure his client was not "mistreated according to the Mexican constitution."

Fernando Benitez, who has represented 18-year-old Ethan Couch in Mexico, spoke to FoxNews.com over the phone, and called the teen's current legal fight "an international law case only." He said that as a judge is currently considering Couch's detention and possible deportation, "we are not here to delve into the past."

Benitez denied reports that Couch had a gun at the time of his detention.

Couch won a delay in his deportation based on a constitutional appeal in Mexico that could lead to a trial process lasting weeks or even months. Any flaw in the process of his detention by Mexican immigration authorities can be considered a violation of due process and of his human rights, legal analysts say.

Benitez said Mexican authorities pushed for a "fast-track" deportation, which he argued would expose Couch to "a criminal procedure in the United States which may not be up to Mexican constitutional standards." He said Couch's Texas-based defense team asked him to intervene after the teen was caught in Mexico.

Tarrant County Sheriff Dee Anderson has said he believes Couch and his mother, Tonya, fled to Mexico in late November after a video surfaced that appears to show Couch at a party where people were drinking, which would be a violation of his probation. The mother and son were arrested Monday after using a phone to order pizza delivery that was traced to a condominium complex in the Mexican resort city of Puerto Vallarta.

Couch, who was 16 at the time of the crash and was tried in juvenile court, received 10 years' probation for driving drunk and crashing into a disabled SUV parked on the side of the road in 2013. The collision killed four people and injured several others, including passengers in his truck. He pleaded guilty to four counts of intoxication manslaughter and two counts of intoxication assault causing serious bodily injury.

During the sentencing phase of his trial, a defense expert argued that Couch's wealthy parents had coddled him into a sense of irresponsibility -- a condition the expert termed "affluenza." The condition is not recognized as a medical diagnosis by the American Psychiatric Association, and its invocation drew ridicule.

Judge Jean Boyd sentenced Couch to probation over the objections of prosecutors who asked for 20 years' detention. Couch's attorneys argued probation would be more effective than detention because Couch could have been eligible for release in as few as two years.

Unless he files for asylum, he will not be able to stay in Mexico indefinitely, said Aldo Salazar, a Texas attorney also licensed to practice in Mexico.

"Asylum is granted to those who can prove a well-founded fear of persecution. I'm not sure `affluenza' would qualify," said immigration attorney Nicolas Chavez.

Tonya Couch, 48, was returned to the United States early Thursday after her deportation from Mexico. She has been charged in Tarrant County with hindering an apprehension, a felony charge that carries a two- to 10-year prison sentence, and is being held on a $1 million bond.

"Is there a chance that Ethan Couch could be successful in staying in Mexico? Yes, but I think it is delaying the inevitable," said Dallas attorney Peter Schulte, who specializes in juvenile law.

Tarrant County District Attorney Sharen Wilson has said she plans to ask a judge to transfer Couch's case to adult court, where he could get up to 120 days in an adult jail, followed by 10 years of probation. If he violates probation again, he could face up to 10 years in prison per death, Wilson said.

A probation violation hearing is set for Jan. 19.

Fox News' Will Carr, Dan Gallo and The Associated Press contributed to this report.