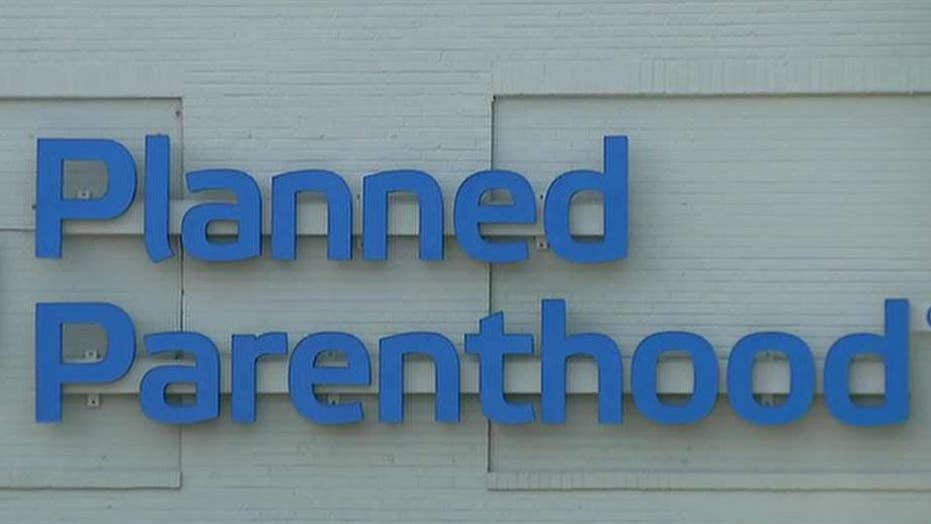 Judge could soon decide whether Missouri will be the first state without an abortion provider; Matt Finn reports from St. Louis.

The last remaining abortion clinic in Missouri, which a judge ruled could be open for another week, was rife with violations -- and officials said Planned Parenthood has failed to bring it up to standard.

A former high-level state official told Fox News the possible closure has nothing to do with the abortion debate polarizing the country. But it faces closure because it failed to follow basic health standards, the state wrote in a motion this week responding to a restraining order filed by Planned Parenthood to keep the clinic open.

The clinic was supposed to close at midnight Friday but a judge ruled it could stay open -- for now. If it closed, Missouri would be the only state operating without a legal abortion clinic since 1974, the year after abortions became legal under the Roe vs. Wade ruling.

In the motion, the state called the conditions at the clinic, Planned Parenthood of the St. Louis Region,  "troubling."

'These instances raised grave concerns regarding the quality of care, standard of care, and compliance with statutes and regulations designed to protect women’s health and safety," the state wrote in the motion.

Past inspections of the clinic found repeated violations of using expired medications, IV fluids, some supplies that were at least 6 years old, using single-dose injectable medications for more than one patient and ot properly storing medications, according to public records.

“Planned Parenthood has proven itself incapable of protecting its own patients and that’s why it’s being shut down," said the former high-level state official who did not want to give his name for fear of repercussions. The official said Planned Parenthood and its lobbyists fought against mandatory annual unannounced clinic inspections and abortion paperwork he said was designed to protect the health and safety of its patients.

Dr. Leana Wen, president of Planned Parenthood, said the largest abortion chain in the nation is suing the state of Missouri for "illegally refusing to renew our license."

"This is not a drill. This is not a warning," Wen said. "This is real and a public health crisis. This will endanger the health and lives of 1.1 million women of reproductive age in Missouri."

Wen implied in her statement that Republican Gov. Mike Parson's signing of a new anti-abortion law was the reason for the license failure. The governor said Planned Parenthood was notified of "ongoing concerns about potential deficient practices" in April after a statutorily required inspection that occurred in March.

"Planned Parenthood has been actively and knowingly violating state law on numerous occasions," the governor claimed.

Dr. Randall Williams, an OBGYN and the state's department of health director, said the issue is about safety and compliance with the law.

"The unprecedented refusal by Planned Parenthood to fully cooperate as they have in the past heightens our regulators' concerns about what their investigation has revealed to date," Williams said in a statement Wednesday.

"These concerns are not limited to, but include: 1) violations of Missouri law; 2) violations of applicable Missouri regulations; 3) standard care for patient safety as evidenced by, but not limited to, at least one incident in which patient safety was gravely compromised; 4) failed surgical abortions in which patients remained pregnant; 5) concerns about quality control and communication with a contracted pathology lab; and 6) failure to obtain informed consent."

Jeanne Mancini, the president of March for Life, said the clinic closure could happen "because Planned Parenthood places a greater priority on access to abortion than they do on women’s health and safety.”