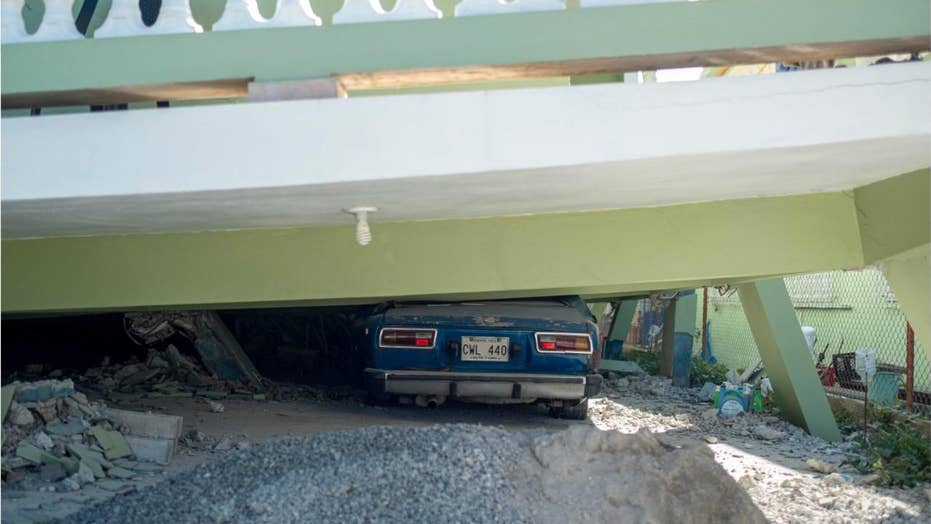 Puerto Rico’s southern coast was hit with a 6.5 magnitude earthquake. The quakes have been regularly occurring since December 28 and now an island-wide blackout is being reported.

A 6.4 magnitude earthquake was registered off the coast of Puerto Rico on Tuesday, killing at least one person and causing an island-wide blackout.

The U.S. Geological Survey said the quake hit just south of the island at 4:24 a.m. at a shallow depth of roughly six miles. A tsunami warning was not issued.

At least one person has died in the quake. Teacher Rey González told the Associated Press that his uncle was killed when a wall collapsed on him at the home they shared. He said 73-year-old Nelson Martínez was disabled and that he and his father cared for him.

PUERTO RICO HIT WITH 5.8 MAGNITUDE EARTHQUAKE IN LARGEST OF FLURRY OF TEMBLORS IN REGION

Eight people were injured in the city of Ponce, near the epicenter of the quake, Mayor Mayita Meléndez told WAPA television.

Jose Ortiz, the CEO of the Electric Power Authority in Puerto Rico, confirmed there's damage to the Central Costa Sur power plant in the southern part of the island and they expect the system to reenergize later today. The authority said all of their power plants had gone offline due to a self-protective feature that was activated following the earthquake.

The UGSG initially gave the magnitude as 6.6 but later adjusted it. At 7:18 a.m. the magnitude-6.0 aftershock hit the same area. People reported strong shaking and staff at a local radio station said live on air that they were leaving their building

The latest earthquake comes less than 24 hours after a 5.8 magnitude quake struck before dawn on Monday. The earlier quake caused damage to the coastal town of Guanica. It also destroyed the famous Punta Ventana stone arch, an iconic landmark described as a "natural wonder."

He said the quakes overall come as the North American plate and the Caribbean plate squeeze Puerto Rico.

One of the largest and most damaging earthquakes to hit Puerto Rico occurred in October 1918, when a magnitude 7.3 quake struck near the island's northwest coast, unleashing a tsunami and killing 116 people.