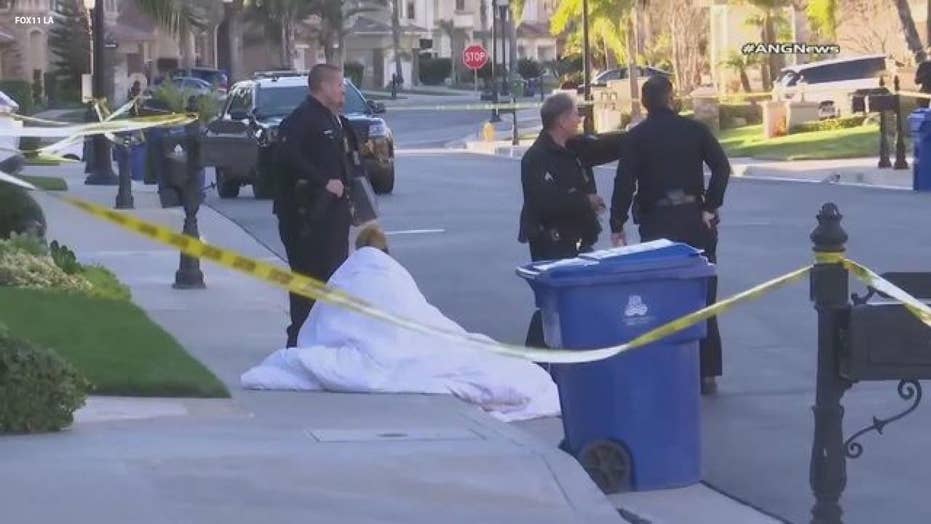 Authorities are investigating the deaths of three men who were shot and killed inside a California home located in a gated community Monday.

Los Angeles fire officials discovered the men’s bodies inside the Porter Ranch house after someone “associated with the people inside the house” called 911 and alerted police, Los Angeles Police Cmdr. Alan Hamilton said.

The shooting occurred just before 4 p.m. at the two-story home in Renaissance, an upscale gated community in the Porter Ranch neighborhood in Los Angeles County, FOX11 reported.

Police did not identify a possible suspect in the deadly shooting. (FOX11 LA)

The motive of the shooting is under investigation and no arrests have been made.

Video of the crime scene showed shattered glass near the back door. Hamilton said investigators were combing through a “large crime scene” and looking for clues to piece together the events leading up to the men’s deaths.

California Rep. Brad Sherman, who lives in Porter Ranch, told reporters Monday that he was at dinner when the incident occurred.

"Things can happen anywhere and at the same time, I think it's a very safe neighborhood," he said.

Los Angeles police urged anyone who has information related to the incident to come forward.