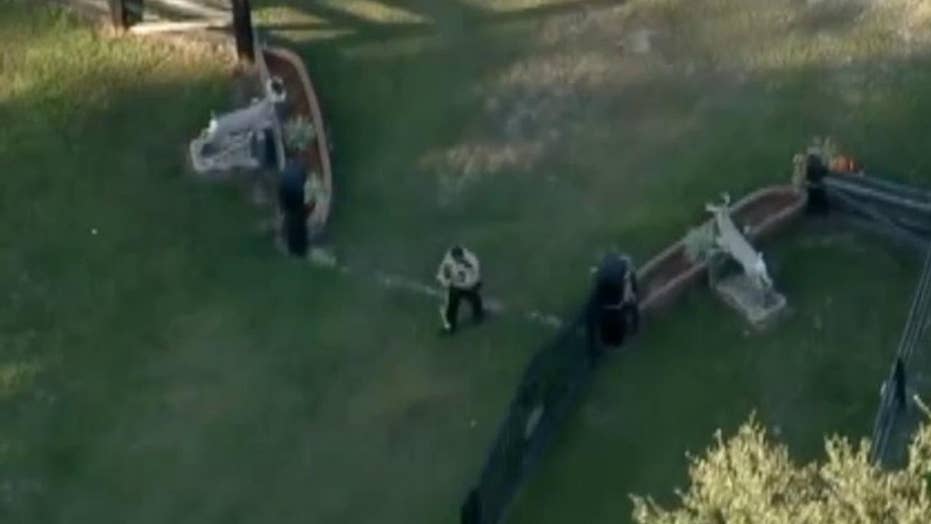 Raw video: Authorities search the area where the body of two adults and one teenager was found in southeast Georgia.

Three people were found dead at a Georgia home on Tuesday in what appeared to be a double homicide and suicide, officials said.

The deceased individuals discovered at the residence in Saint George, Georgia were found with gunshot wounds, the Georgia Bureau of Investigation (GBI) revealed in a news release.

Autopsies are scheduled for Wednesday at the GBI Crime Lab in Savannah, the news release said.

Earlier Tuesday, the GBI tweeted that officials from their agency reported “to a death investigation in Charlton County at the GA/FL line” and that “multiple deaths” were “confirmed.”

The Charlton County Sheriff’s Office had asked for the GBI’s assistance, the news release said.

The agency later tweeted a confirmation of the three deaths, adding that there was “no immediate threat to the community.”

Charlton County is located at the Georgia-Florida state line and includes eastern portions of the Okefenokee Swamp.