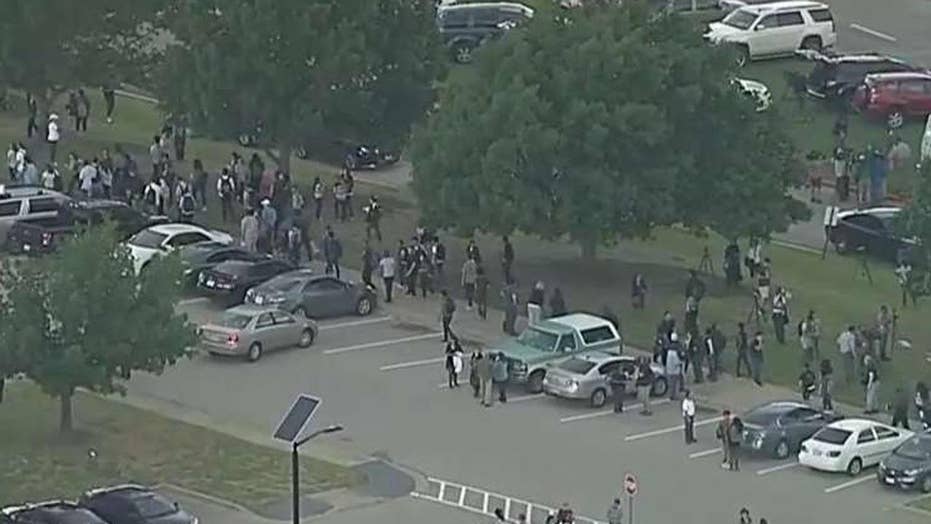 Two people -- including the suspected shooter -- were found dead at a Dallas-area community college Wednesday, in an incident that sparked a lockdown and reports of an "active shooter."

Police identified the victim as Janeera Nickol Gonzalez, 20, and her suspected killer as Adrian Victor Torres, 21. They said they were looking into whether the two were in a relationship of any kind.

A GoFundMe page for the woman's funeral raised more than $12,000 by Thursday morning.

A math tutor at the college, Nasrin Nanbakhsh, said she saw the shooting in a hallway. "I saw a guy standing and there was a girl sitting on a chair. I saw him shooting her three times," Nanbakhsh told reporters.

Nanbakhsh said she ran into a room, locked the doors, turned off the lights and waited for help to arrive. She said she also emailed her supervisors to let them know what was happening. "I just saw the gun, as soon as I looked at it. I saw the gun, and he shot her three times, and it was too close," Nanbakhsh said.

North Lake issued an alert to students late Wednesday morning telling them to barricade themselves in the nearest room and wait for further instructions from police. Irving Police said on Twitter that there was an "active shooter" before officers said the lockdown would be lifted.

North Lake College is a two-year school in the Dallas suburb of Irving.

The shooting came two days after one person was killed and three others injured in a stabbing attack at the University of Texas in Austin. Police said the suspect in that attack was suffering from mental health troubles and at one point had been involuntarily committed for treatment. He has not been charged.