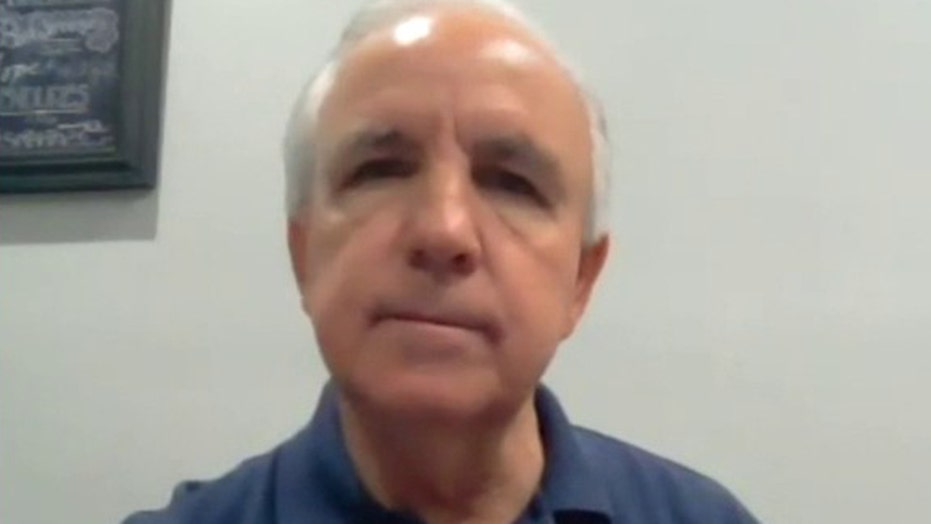 Hundreds of cruise passengers are waiting to disembark after a change in CDC guidelines on COVID-19; Miami-Dade County Mayor Carlos Gimenez joins 'Fox &amp; Friends' with an update.

More than 100,000 cruise ship crew members are currently stranded at sea around the world due to the coronavirus pandemic, according to reports.

The United States Coast Guard revealed that about 93,000 crew members are trapped on ships off the coast of the U.S., but The Guardian, which broke the story, cites tens of thousands more that are stranded worldwide. The Guardian used analysis from the ship tracking site CruiseMapper and media reports, and interviewed crew members via the Internet.

Thousands of crew members worldwide are sick or have been exposed to the coronavirus. At least 14 workers tested positive after evacuating from the Royal Caribbean Oasis off the coast of Miami, while up to 38 crew members have tested positive on the Disney Wonder, according to Cruise Law News.

In many cases, the ships are banned from docking under “No Sail” orders, such as the one issued by the Centers of Disease Controland Prevention on March 14. As such, more than 50 ships with confirmed infections remain at sea.

“The industry is committed to bringing passengers and crew home at its expense — without burdening governments,” the Cruise Line Industry Association said in a statement to The Guardian.

“Flight restrictions and port closures have created some logistical challenges; however we are working through those as we speak. We are asking ports and governments around the world to allow these ships to come into port so that those onboard can make their way home safely and as quickly as possible.”

While initially allowed to freely move about the ship, the crew members now remain quarantined in passenger cabins. An anonymous crew member spoke with The Guardian and said that quarantine feels more like a “prison” to them.

“We all have family, we all want to go home,” the crew member said after isolating in his cabin onboard the MSC Seaview off South America for nearly a month. “We have not received any information about when we’re going home or what they are doing to get crew members home. We are just in the cabin like prisoners.”

The parent companies maintain that they are providing free lodging and accommodation, but the crew member said companies have stopped paying employees.

In many cases, the crew members make around $1,000-2,000 a month for working seven days a week, according to Ross Klein, a professor at St. John’s College in Newfoundland and expert on the cruise ship industry.

Since many ships are registered in tax havens, they require permission to disembark and repatriate passengers — their "home-nations" are not equipped to handle a massive influx of patients. According to the Miami Herald, parent companies of many cruise ships refuse to comply with on-shore guidelines, labeling the procedures “too expensive.”

The companies must provide testing for each crew member before allowing them to return to shore, and the company’s chief executives must sign an agreement that says, in part, “False or misleading statements or omissions may result in criminal and civil actions for fines, penalties, damages, and imprisonment.”

On Tuesday, Carnival Corp. refused to agree to CDC terms and sent its Oosterdam ship out to sea again with eveyone still onboard.