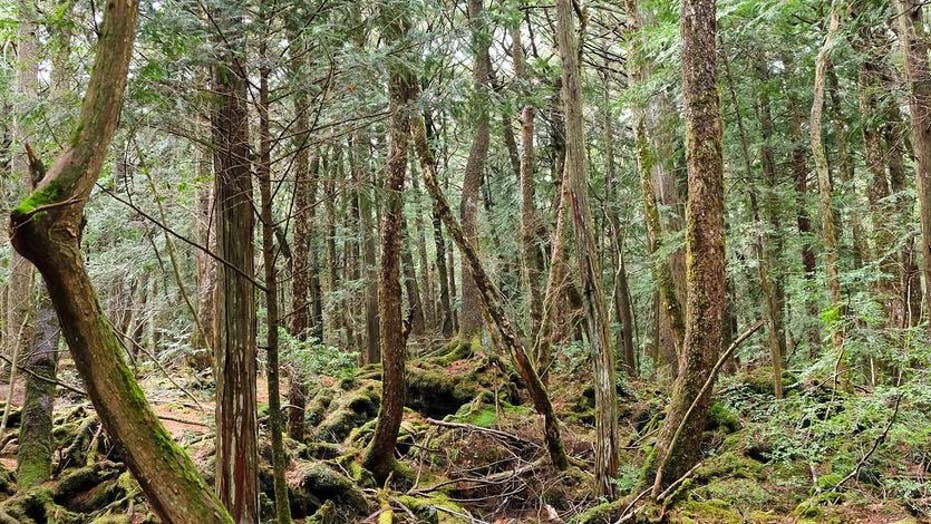 Japan’s notorious Aokigahara forest — or “Sea of Trees,” as its name roughly translates to — is back in the spotlight after popular YouTuber Logan Paul briefly shared a video of a suicide victim he found hanging from one of its branches.

Paul has since removed the footage following backlash over the video, in which he was reportedly seen giggling and joking upon finding the body. But the forest’s reputation, as that of a final destination for those looking to end their lives, is no laughing matter.

The Aokigahara forest at the northwest base of Mount Fuji has become infamous for the sheer number of suicides that take place in the secluded area, with the Japan Times once stating that the forest had “become a magnet for people wishing to end their lives anonymously.”

Some outlets have estimated that around 50 to 100 people head to the "suicide forest" each year, and that authorities remove more than a hundred of their corpses annually.

Aokigahara, which sits at the northwest base of Mount Fuji, is located in both the Yamanashi and Shizuoka prefectures. (iStock)

A 1961 novel is partially credited with popularizing the suicidal reputation of Aokigahara, or the "Sea of Trees." (iStock)

Aokigahara, which comprises of about 13 square miles of land, has become the premier destination for suicidal Japanese because of its vast acreage, as many people reason that they won’t be found for a long time.

The trend can be partially traced back to the 1961 novel “Nami no To” (“Tower of Waves”), in which a lovelorn female character ventures to the Aokigahara forest to commit suicide after realizing she would never be permitted to be with the man she loved, according to the Japan Times.

There’s also evidence to suggest the forest had previously been the site of ubasute, a practice whereby the elderly would be abandoned in the woods in times of famine.

The problem had gotten so bad — in 2004, 108 cases of suicide had been documented in Aokigahara alone — that locals began erecting signs near the entrances to the forest’s trails, urging depressed Japanese residents to “think carefully of their children, their families,” and reminding them that “life is a precious gift.”

The dense woods of the Aokigahara forest have become one of the world's most popular destinations for suicide, prompting local groups to erect signs urging visitors that "life is a precious gift." (AP Photo/Atsushi Tsukada)

The government, too, has reportedly stepped in to try to prevent the deaths. Police in the Yamanashi prefecture, where the forest is partially located, have hired forest guides to monitor the park for anyone acting suspiciously, or appearing to be in need of help. Markers have also been placed on some of the paths to help those who might be lost or overwhelmed.

By 2011, however, suicides in the region were much higher than the country’s already high national average.

The Japanese population suffers from more than 21,000 suicides a year, according to government data obtained by the Associated Press, but Yamanashi’s rate was around 36 per every 100,000, as compared to Tokyo’s rate of 23.7, the Japan Times reported.

Many blame the high suicide rate on the value placed on conformity and hard work. The AP adds that Japanese culture can sometimes shame people — specifically family members of convicted criminals, people who have racked up massive debt and youngsters bullied at school — to consider suicide.