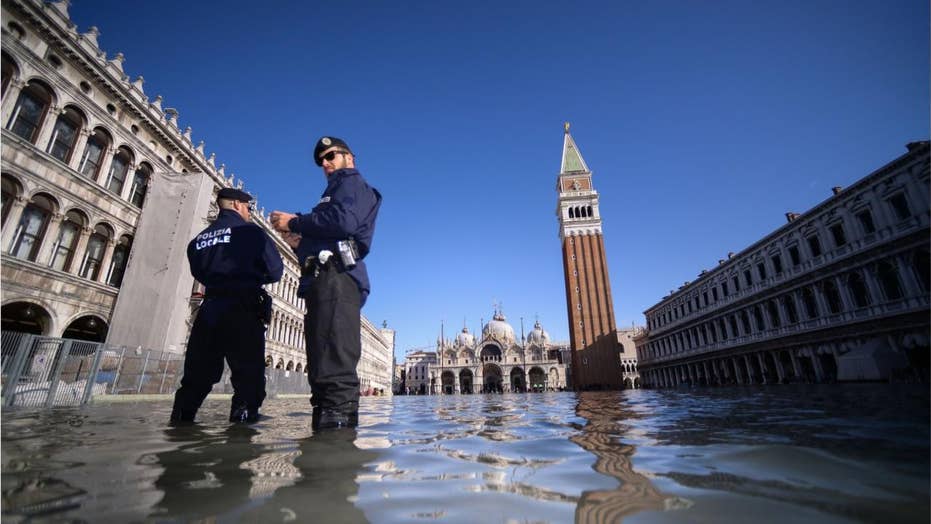 Over 2,000 Venetians participated in a major protest on Sunday, alleging that cruise ships and government corruption contributed to the recent, historic flooding that wreaked “apocalyptic” havoc on the ancient city.

Between 2,000 and 3,000 frustrated locals rallied with the No Grande Navi (No Big Ships) collective over the weekend, demanding the resignation of Mayor Luigi Brugnaro and chanting “Venice resist,” The Local reports.

"Venetians have just endured a deep wound. The flooding... brought this city to its knees and revealed its extreme fragility to the world," activist Enrico Palazzi commented, per AFP.

Over 2,000 Venetians participated in a major protest on Sunday, alleging that cruise ships and government corruption contributed to the recent, historic flooding that recently wreaked “apocalyptic” havoc on the ancient city. (Getty)

ROYAL CARIBBEAN REFUNDS PASSENGER AFTER CHARGING HER NEARLY $3,000 FOR A FACIAL

Demonstrators allegedly called out the frequent docking of cruise ships in Venetian lagoons, claiming that the massive ocean liners are eroding the city's foundation and exacerbating flooding, Travel + Leisure reports.

As floodwaters rose, the activists also called for the cancelation of the city’s controversial Moses project. In talks since 2003, plans for the multibillion-euro Moses project feature moveable undersea barriers that are meant to limit flooding of the city, caused by southerly winds that push the tide into Venice. But the divisive project has been opposed by environmentalists concerned about damaging the delicate lagoon ecosystem, with development further delayed by cost overruns and corruption scandals, with no launch date in sight.

"Venetians have just endured a deep wound. The flooding... brought this city to its knees and revealed its extreme fragility to the world," one activist said. (Getty)

Luca Zaia, governor of the Veneto region, told SkyTG24 that the barriers were almost complete, but it wasn't clear if they would work against such flooding that left a scene of “apocalyptic devastation."

Mayor Brugnaro, meanwhile, called for the speedy completion of the long-delayed Moses venture amid the flooding and blamed climate change, in part, for the “dramatic” devastation.

“We ask the government to help us. The cost will be high. This is the result of climate change,” he said on Twitter.

As the city recovers from the flooding, with a high tide that peaked at 74 inches and covered over 85 percent of the city, activists are urging for tighter policies regulating the entry of cruise ships into Venice in the new year. 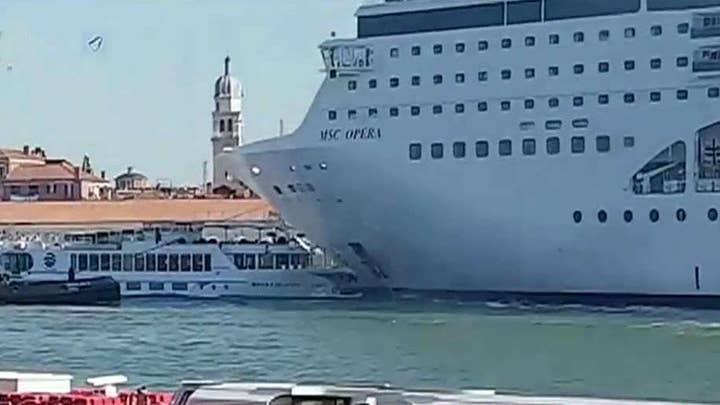 In August, Venetian lawmakers agreed to begin rerouting large cruise ships from docking in the historic city’s center, following the dramatic crash of the MSC Opera liner in June.

"The aim is to reroute about one-third of the cruise ships already booked on Venice towards new berths by 2020,” Italian minister of transport Danilo Toninelli said of the decision, according to TravelPulse. “We've been talking about big ships for 15 years and nothing has been done. These floating palaces will start to go elsewhere.”

"The growing size of vessels, their environmental impacts on the areas surrounding the ports and the 'burden' that the increasing number of tourists… are creating a situation of conflict,” Mussolino explained, per the Daily Express.

Overtourism is an increasing concern for Venetian lawmakers, with roughly 30 million visitors flocking to the city annually, Newsweek reports. Venice has a population of about 55,000.