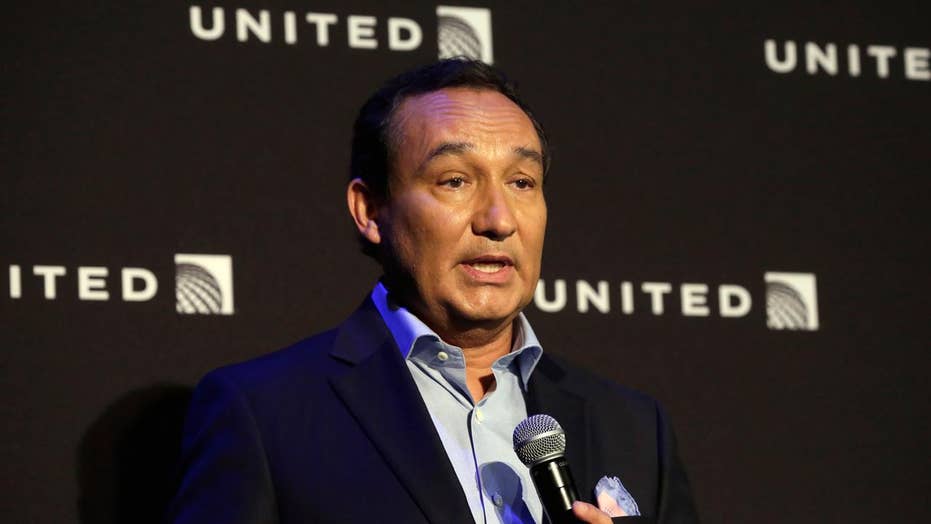 United's PR mess is becoming a drag for investors

The CEO of United Airlines says no one will be fired over the dragging of a man off a plane — including himself.

CEO Oscar Munoz said Tuesday that he takes full responsibility "for making this right," and he promised more details later this month after United finishes a review of its policies on overbooked flights.

Company executives said it's too soon to know if the incident is hurting ticket sales.

United has been pummeled on social media — #BoycottUnited is a popular hashtag — and late-night television. Through Tuesday, its shares have fallen 4.4 percent since Flight 3411, wiping out nearly $1 billion in market value, although some other airline stocks also declined in the same period.

After the market closed Monday, United reported a $96 million first-quarter profit, down 69 percent from a year earlier largely because of higher costs for fuel, labor and maintenance. The revenue picture was looking better — evidence was growing that after two years of falling average fares, United will be able to push prices higher this year.

On a conference call to discuss those results, Munoz started by apologizing again for the April 9 scene on a United Express plane at Chicago's O'Hare airport. David Dao, a 69-year-old Kentucky physician, was bloodied and dragged off the plane by Chicago airport officers who had been summoned by United employees when Dao wouldn't give up his seat. The three officers have all been suspended.

Munoz and other executives vowed to treat customers with dignity, and said that what happened to Dao will never happen again.

Munoz's early statements on the incident were widely criticized. He initially supported employees and blamed Dao, calling him "disruptive and belligerent." On Tuesday, he was asked if the company ever considered firing anyone, including management.

"I'm sure there was lots of conjecture about me personally," said Munoz. He noted that the board of United Continental Holdings Inc. has supported him.

"It was a system failure across various areas," Munoz continued. "There was never a consideration for firing an employee."

Dao's lawyers have taken steps that foreshadow a lawsuit against the airline and the city of Chicago, which operates O'Hare Airport.

United announced two rule changes last week, including saying that it will no longer call police to remove passengers from overbooked planes. It is not clear whether United oversold Flight 3411, but the flight became overbooked when four Republic Airline employees showed up after passengers had boarded and demanded seats so they could commute to their next assignment, a United Express flight the next morning.

Some politicians and consumer advocates have called for a ban on overselling flights. Munoz declined to address that or other possible changes until the airline finishes a review by April 30.

Even in normal times, airlines closely — even daily — scrutinize numbers such as advance sales and occupancy levels on planes. Yet United officials said they couldn't measure whether the dragging has affected their business.

"It's really too early for us to tell anything about bookings and in particular last week because it was the week before Easter, that's normally a very low booking period," said United President Scott Kirby. He said that United's forecast for the April-through-June quarter has not changed.

Limited competition at many major airports could blunt any nascent boycott of United. Wall Street analysts have been mostly silent about the Dao incident, perhaps believing that it won't have a noticeable impact on United profits. They did not ask United management any questions about it on Tuesday's call.

Barclays analyst Brandon Oglenski told Munoz that "accidents happen ... hopefully, we can put this behind us." Back in December, the analyst had called United Continental the "most compelling stock" in the airline sector. The consensus estimate of 17 analysts surveyed by FactSet for United's full-year earnings has risen by 3 cents a share since the Dao incident.

Munoz said he has received "a lot of support" from United's high-end customers, although "obviously a lot of people have ideas and thoughts about how we can make things better."