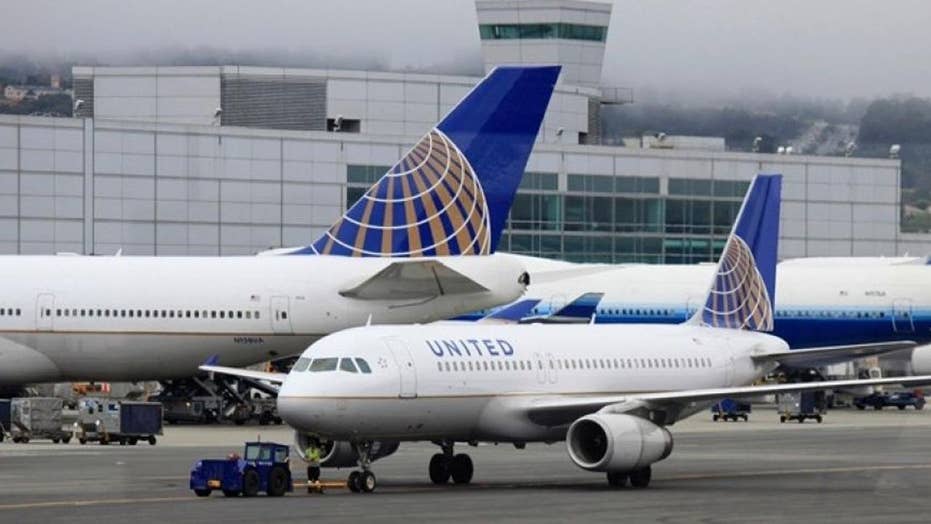 Fresh controversy for the embattled airline

A bride and groom on their way to Costa Rica for their wedding said Saturday they were kicked off their United flight in Houston after a discrepancy with plane seating.

Michael Hohl and his fiancé, Amber Maxwell, were flying from Salt Lake City and had a layover at George Bush International Airport, KHOU-TV reported. Hohl said they were the last to board the plane and when they approached their seats, in row 24, they found a man sleeping in them.

Hohl said they decided to move up to the 21st row, not waking the man. He told the station they really did not think anything of it because the flight was half-full and had multiple empty rows.

“We thought not a big deal, it’s not like we are trying to jump up into a first-class seat," Hohl told the station. “We were simply in an economy row a few rows above our economy seat.”

An issue quickly arose as soon as Hohl and Maxwell took their seats. A flight attendant approached the pair and asked if they were in their ticketed seats. Row 21 on United flights are “economy plus” seats, an upgrade. The attendant told the pair they had to return to their seats.

Hohl said they complied with the request, but were soon approached by a U.S. Marshal who came onto the plane and asked them to be removed. With the incident of Dr. David Dao being dragged off of a United flight fresh in their minds, the couple complied with the Marshal’s request.

"They said that we were being disorderly and a hazard to the rest of the flight, to the safety of the other customers," Hohl said.

Hohl added that they did ask to be upgraded, but were told no, the Dallas Morning-News reported.

United Airlines said in a statement that the couple repeatedly tried to sit in the “economy plus” seats.

"These passengers repeatedly attempted to sit in upgraded seating which they did not purchase and they would not follow crew instructions to return to their assigned seats," the airline said.

The couple was rebooked the next morning, but Hohl said they would not use United Airlines again to fly.

“I think customer service and the airlines has gone real downhill,” he added. "The way United Airlines handled this was really absurd.”

In wake of the incident on a United Express flight last week, United announced it is changing a company policy and will no longer allow crew members to displace customers already onboard an airplane.