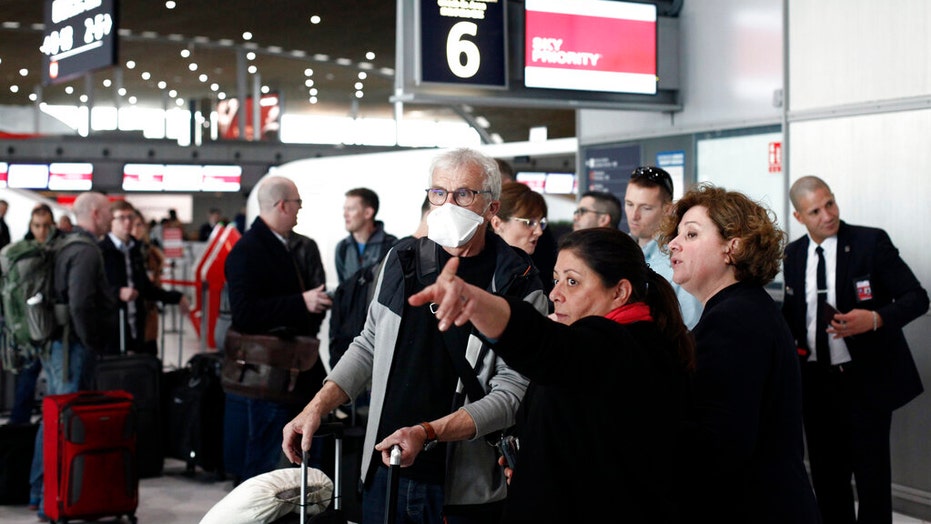 Hordes of travelers across Europe and the U.S. were left confused or were trying to rebook their travel plans following President Trump’s announcement of a 30-day ban on travel from 26 European countries amid the ongoing COVID-19 outbreak across the globe.

The travel ban, announced on Wednesday, is “the most aggressive and comprehensive effort to confront a foreign virus in modern history,” said President Trump in an address to the nation. "I am confident by counting and continuing to take these measures we will significantly reduce the threat to our citizens and we will ultimately and expeditiously defeat this virus."

WHAT IS TRUMP'S EUROPEAN TRAVEL BAN, AND WHO IS AFFECTED?

According to the White House, the ban would restrict foreign nationals from entering the United States if they had been in, or traveled through, the Schengen Area — Austria, Belgium, Czech Republic, Denmark, Estonia, Finland, France, Germany, Greece, Hungary, Iceland, Italy, Latvia, Liechtenstein, Lithuania, Luxembourg, Malta, Netherlands, Norway, Poland, Portugal, Slovakia, Slovenia, Spain, Sweden, and Switzerland — within the past 14 days.

U.S. citizens are currently exempt and will be able to travel back from the area through a “limited number” of airports.

The ban is set to take effect on Friday at midnight, according to the White House.

It’s unclear how Trump’s restrictions will affect the travel industry, and travelers themselves, in the coming weeks. Airlines across the U.S. and Europe had already been scaling back flights to harder-hit destinations due to decreased demand, and for the health and safety of passengers and crew. The travel ban will only send airlines scrambling further — along with passengers.

Across social media, American citizens claimed to be rushing to catch flights out of the Schengen Area in order to get home, despite the ban not applying to U.S. citizens returning home. Some suggested they were expediting their return trips simply to avoid any unforeseen headaches caused by the new restrictions.

Even in the United States, there was concern among passengers as to whether they would be able to return from a trip to Europe. Many of them — along with airline staffers — were even said to be confused as to which countries were included under the ban.

Still, others questioned the effectiveness of Trump’s travel restrictions, suggesting that the move would only serve to funnel travelers from the Schengen Area to airports in the U.K. and Ireland, which are still permitted to fly to the U.S.

Following Trump’s announcement, Department of Homeland Security Secretary Chad Wolf acknowledged that the restrictions would exasperate an already strained travel industry, as well as the travelers themselves.

“While these new travel restrictions will be disruptive to some travelers, this decisive action is needed to protect the American public from further exposure to the potentially deadly coronavirus,” Wolf said.

Meanwhile, the European Union has decried the manner in which President Trump issued the ban, claiming their officials were not consulted, or given time to prepare.

“The Coronavirus is a global crisis, not limited to any continent and it requires cooperation rather than unilateral action,” said EU Presidents von der Leyen and Michel in a statement released on Thursday.

“The European Union disapproves of the fact that the U.S. decision to impose a travel ban was taken unilaterally and without consultation," the statement added. "The European Union is taking strong action to limit the spread of the virus."