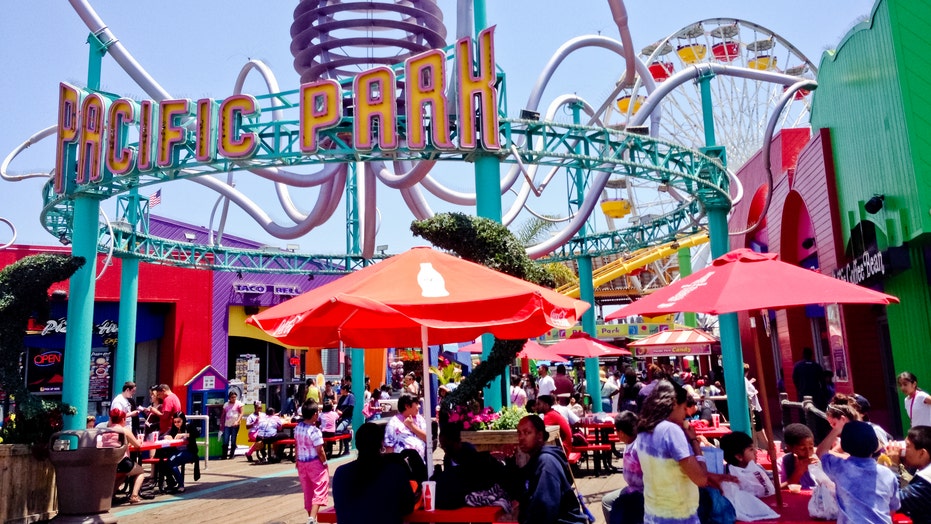 If the appearance of “Upside-Down” Whoppers, “upside-down” ice cream sundaes, throwback Coke products and ‘80s-era Eggo boxes haven’t tipped you off by now, “Stranger Things” is soon coming back for a new season on Netflix.

On June 29 and 30, the Pacific Park on the Santa Monica Pier will temporarily rebrand its iconic Pacific Wheel Ferris Wheel as the Hawkins Wheel – named after the fictional Indiana town where much of the action in “Stranger Things” takes place – while other rides will be transformed with "in-show elements."

Pacific Park on the Santa Monica Pier, as well as Deno's Wonder Wheel Amusement Park in Coney Island, will get a "Stranger Things" makeover in honor of the third season's debut on Netflix. (iStock)

A Fun Fair, held in one of the parking areas, will contain a Curiosity House decked out with “Stranger Things”-inspired oddities, along with a Hawkins Bike Shop, allowing guests to take pics on vintage bicycles like those featured on the show.

The pier's Playland Arcade will also rebrand itself as the Hawkins Arcade for the duration of the “Fun Fair,” according to Time Out Los Angeles.

Additional activities will include a slime-filled dunk tank, a performance by the Hawkins High School cheerleaders, and cover bands belting out ‘80s tunes all night.

And since it wouldn’t be Fourth of July without frozen treats, ice cream will be available from Scoops Ahoy, a fictional ice cream parlor featured in the upcoming season, which, itself, has already partially invaded Baskin-Robbins locations across the country.

A smaller “Stranger Things” takeover will also take place at Deno’s Wonder Wheel Amusement Park at Coney Island, in Brooklyn, between July 5 and July 7. Rides and attractions will take on a “Stranger Things” theme, and a fireworks show planned for July 5 will be branded as the Hawkins Fourth of July Spectacular Firework Show, according to Travel and Leisure.

As of this posting, however, Netflix had yet to confirm whether the company also plans to open a “Stranger Things” pop-up shop inside your very own garage.