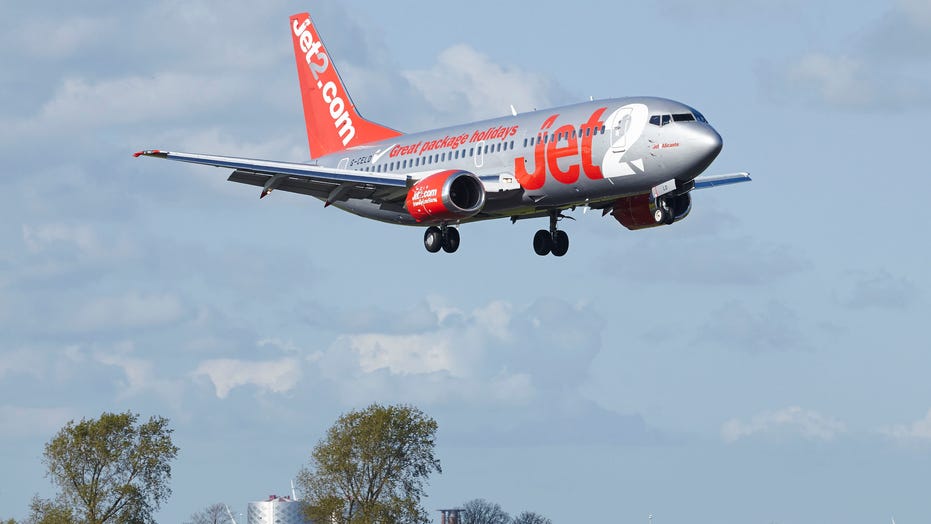 Terrified passengers were reportedly forced to pin down a woman who attacked the cabin crew and tried to open the plane’s door mid-flight.

The Jet2 flight was reportedly forced to turn around on Saturday and had to be escorted home by Royal Air Force jets. Residents living near Stansted Airport reported hearing a loud sonic boom as the jets scrambled to intercept the flight.

The incident occurred on a flight from Stansted, near London, to Turkey, The Sun reports. According to passengers, the 25-year-old woman appeared to be intoxicated and had to be pinned to her seat by crew members and passengers. While being held, the woman reportedly continued to scream at and bite her fellow passengers.

Amy Varol, who claimed that she was on the flight, posted to Twitter, “So I get on a plane to turkey after being in the air for 45 minutes some drunk lady (may be on drugs too) attacks the cabin crew and then tried to open the airplane door!! 6 people are holding her down, she’s screaming biting people and now she’s in a seat being held down by 4 people and my brother and cousin. It’s awful everyone’s screaming and crying. Now we’re back at Stansted waiting for the police to come and get her! I will get to turkey!”

When the flight returned to Stansted, local authorities were waiting to take the woman into custody. She faces charges of assault and endangering an aircraft.

A spokesperson for Jet2 told Fox News, “We are aware of an incident regarding an extremely disruptive passenger on a flight from Stansted to Dalaman yesterday. The aircraft returned safely and we are liaising with the relevant authorities to support their investigation.”

In a statement obtained by The Sun, a spokesperson for the Royal Air Force said, “We can confirm that RAF quick reaction alert Typhoon aircraft from RAF Coningsby scrambled to escort a commercial flight into Standard shortly after take-off due to reports of a disruptive passenger.”