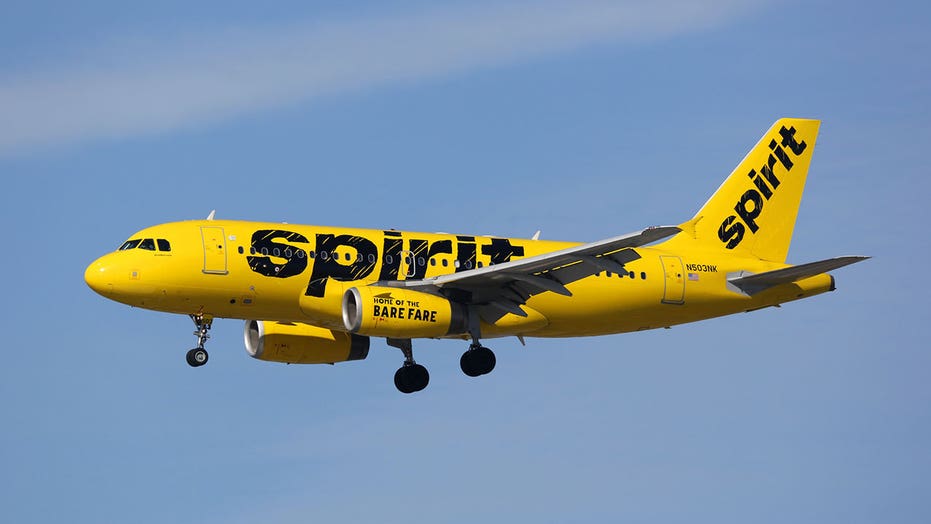 An Orthodox Jewish couple from Brooklyn has filed a lawsuit against Spirit Airlines, alleging that the crew of a January flight discriminated against them because of their faith.

A complaint filed on behalf of Yisroel Sternberg and Chana Beck earlier this month in Fort Lauderdale alleges that the couple, who was traveling from New York to Fort Lauderdale on Jan. 8 with their three ticketed children, were targeted because they were “visibly religious Jews.”

The lawsuit also claims that another passenger overheard a crew member calling the couple “retarded Jews,” and that this passenger informed Sternberg and Beck of the remark as they were being escorted off the plane by police in Fort Lauderdale, The Miami Herald reported.

AIRPORT GROPING VICTIM RESCUED BY CO-WORKER: 'I DON'T KNOW WHAT I WOULD'VE DONE'

As per the complaint, the trouble began when Sternberg, 28, and Beck, 25, were being questioned about an FAA-approved car seat/stroller they had brought on the plane for their youngest child. A gate agent initially barred them from bringing it aboard, although a supervisor later allowed the car seat after the couple showed staff it met FAA guidelines, per Yechezkel Rodal and Thomas Patti of Rodal Law, who filed the lawsuit behalf of the couple.

The lawsuit is seeing compensatory and punitive damages from Spirit for the “personal humiliation, loss of capacity for the enjoyment of life, mental anguish, and embarrassment” suffered by Sternberg and Beck. (iStock)

Once on the plane, however, the lawsuit alleges that the couple was again told by a flight attendant they needed to stow the equipment. A Spirit-employed complaint resolution official reportedly intervened and allowed it, only for the female flight attendant to become “antagonistic” and contradict the decision once the official was gone, according to the complaint.

Sternberg and Beck folded the car seat and stowed it, opting instead to hold their 6-week-old daughter for the duration of the flight.

The lawsuit further alleges that they were reprimanded when Sternberg hopped into an adjacent, empty seat to help with the children, after a male crew member complained there were not enough oxygen masks to accommodate everyone in the row.

Sternberg allegedly complied, but inquired as to the male crew member’s name. The staffer refused, and instead said he was going to call police to meet the family upon landing.

As they were later being escorted from the plane in Fort Lauderdale, the couple claims they learned a staffer had made the disparaging anti-Semitic remark.

“At that point, it all becomes crystal clear to the Sternbergs. The flight crew of the Flight was discriminating against them because the Sternbergs were Jewish,” the lawsuit alleges, adding that the couple was subsequently “forever-banned” from flying with Spirit again.

A representative for Spirit Airlines would not comment on pending litigation, but said the airline aims to provide a “welcoming environment” for passengers.

“Spirit Airlines strives to maintain a welcoming environment for all of our Guests, and we have zero tolerance for discrimination.”

The lawsuit is seeing compensatory and punitive damages from Spirit for the “personal humiliation, loss of capacity for the enjoyment of life, mental anguish, and embarrassment” suffered by Sternberg and Beck.

"Aboard that airplane, the Spirit Airlines flight attendants were in positions of power, given to them by federal law," said Rodal in a statement obtained by WLPG. "It is where power lies that we must keep an ever watchful eye. Spirit employees abused that power and now must be held accountable."