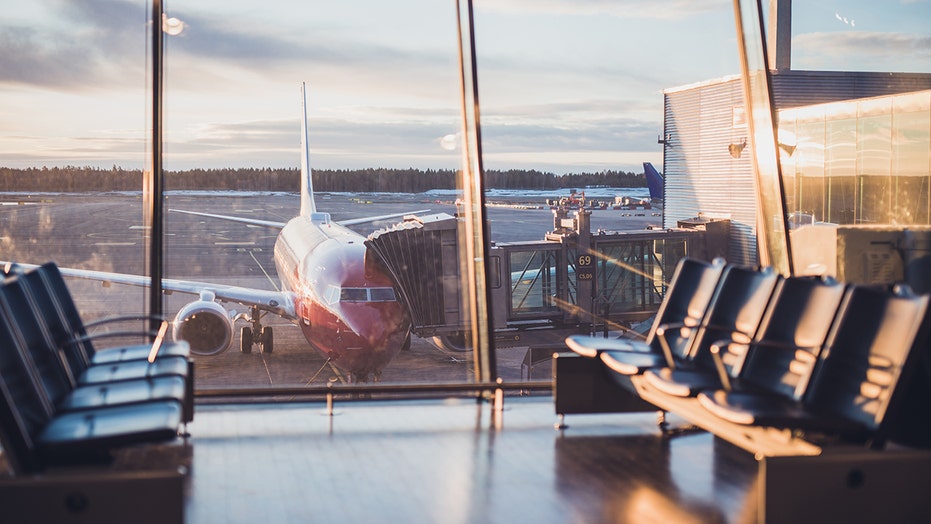 A shocking video of a man urinating in an airport terminal has the Internet completely horrified.

The pissy offense caught on camera was shared by the Instagram account @PassengerShaming on Tuesday. It’s not clear when or at what airport the incident occurred.

In the video, which has been viewed more than 200,000 times, the unidentified man is seen sitting beside a number of passengers. With his pants unzipped and his unmentionables out, he begins to urinate on the floor.

Some passengers can be seen watching the man in shock. Instagram users were also disgusted by the video.

“I hope he was arrested,” one Instagram user commented, while another wrote, “My dog would know better than to do that. People disgust me.”

“Why isn't anyone doing anything about this. Just sitting there watching??” someone else wondered.

Footage of an unidentified man urinating in an airport terminal was shared by a popular Instagram account.<br> ​​​​​​​(Photo: iStock)

There was at least one person who came to the man’s defense, at least jokingly. “Mind your own business,” the person wrote. “Let the man get some relief or give him a hand.”

Travel horror stories, of course, are nothing new. Last year, @ShamingPassengers published a video of a man shaving his head during a flight.

The bald United Airlines passenger was filmed using an electric razor while shaving his head in his business-class seat. What's more, the flight attendants walked past him and failed to tell him to stop.