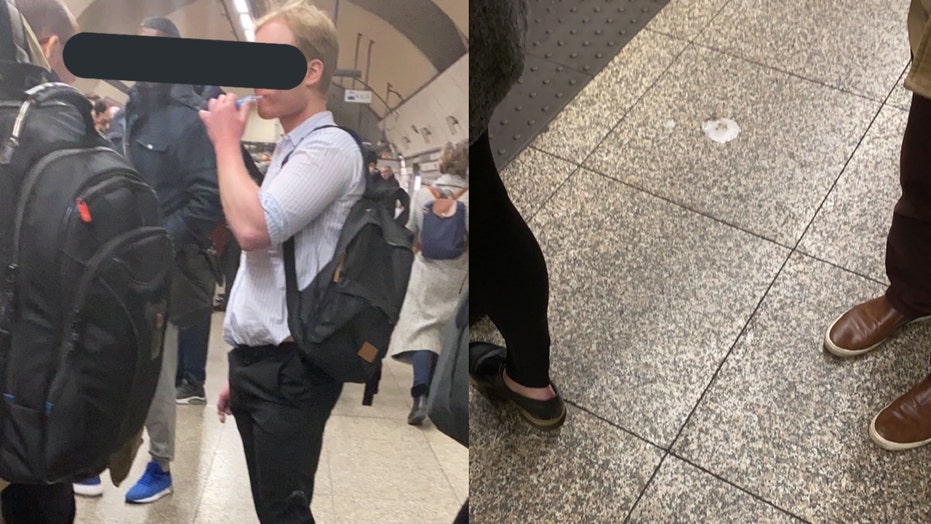 There are certain things you don’t do in public. Brushing your teeth at a busy train station during the morning commuter rush, then spitting on the pavement -- well, that probably makes the list.

Yet that’s exactly what one bold commuter did at the Euston railway station in London on Wednesday morning.

The adventure in dental hygiene was captured by Melissa Therms, who tweeted images of the unidentified man brushing his teeth and the aftermath, with the toothpaste spit out onto the ground.

“Disgusting behavior at #Euston station this morning,” Therms tweeted. “Packed platform and this man starts brushing his teeth and spits repeatedly on the platform.”

Another person managed to capture a video of the man caught in the act. “He been brushing his pegs for quite sometime too!” Danny Edwards tweeted.

“Ugh ... I can smell his breath from here …” another Twitter user commented.

Still another Twitter user wrote: “Oh no! Some people seem pleased with their own efficiency, but surely this is not hygienic, along with shaving, tweezing, nail cutting and squeezing zits.”

Many users wondered if anyone ever confronted the man for his public offense, to which Therms informed them “not a soul.”

“Everyone minds their business a little too much in London,” someone tweeted.

But there was at least one Twitter user who managed to ask the one question we were all thinking: “How did he rinse lool.”