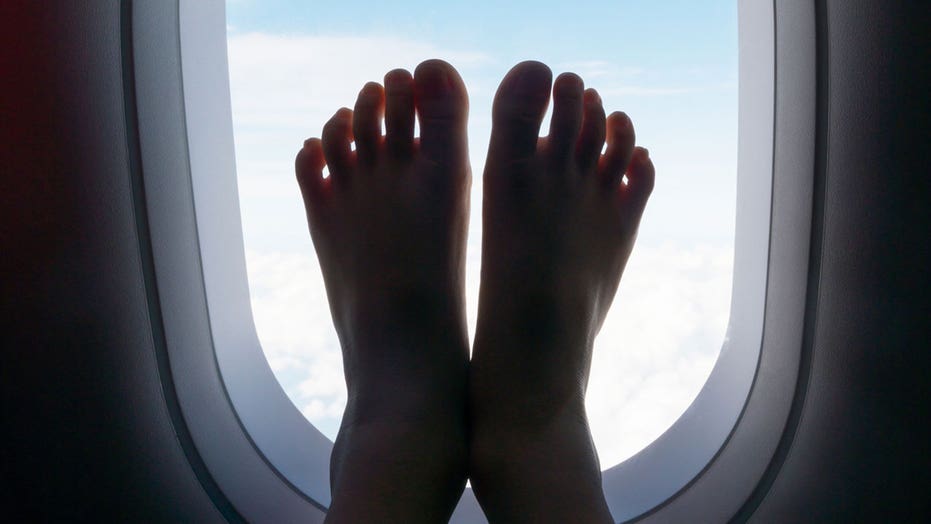 A video of a passenger getting a little too comfortable on a flight, apparently in first class, has gone viral – and not for a good reason.

The video, shared by the Instagram account @PassengerShaming, shows an unidentified woman sleeping on two seats with her bare feet up in the air and resting on two of the plane’s windows.

The man who recorded the sighting is seen laughing at the woman in the row beside him.

Some Instagram users, however, did not find the passenger’s behavior funny.

“Why is there not an airline RULE: “NO BARE FEET” like there is at restaurants?!?!” another person wrote.

“No class whatsoever in first class,” another Instagram user wrote.

Others had more humorous responses to the video, which had been viewed over 280,000 times as of Tuesday evening.

“Why is there not an airline RULE: “NO BARE FEET” like there is at restaurants?!?!” another person wrote. (iStock)

“I feel like I can smell this photo,” one person commented. Another person joked, “Looks like she is set up for a pelvic exam!”

There was at least one person who came to the woman’s defense.

“She paid for the seat she can do what she likes not hurting anyone and probably exhausted,” an Instagram user commented.

Of course, this isn’t the first time a passenger has been shamed online for exposing their bare feet.

Last month a passenger was slammed putting their bare foot on the armrest of the person sitting in front of them during a flight.

The clip shows the passenger’s foot comfortably laid up on the armrest belonging to a female passenger sitting in a window seat. The camera quickly pans over to her face – and she does not appear enthused.

She’s also seen holding a cup with her left hand, presumably because her right armrest has been commandeered by someone’s foot.

Instagram users had a lot to say about the shocking airline offense.

“The fact passengers won’t speak up is mind-boggling!” said one Instagram user. “I’ll be damned if a person ever has [their] foot up on my arm rest!”