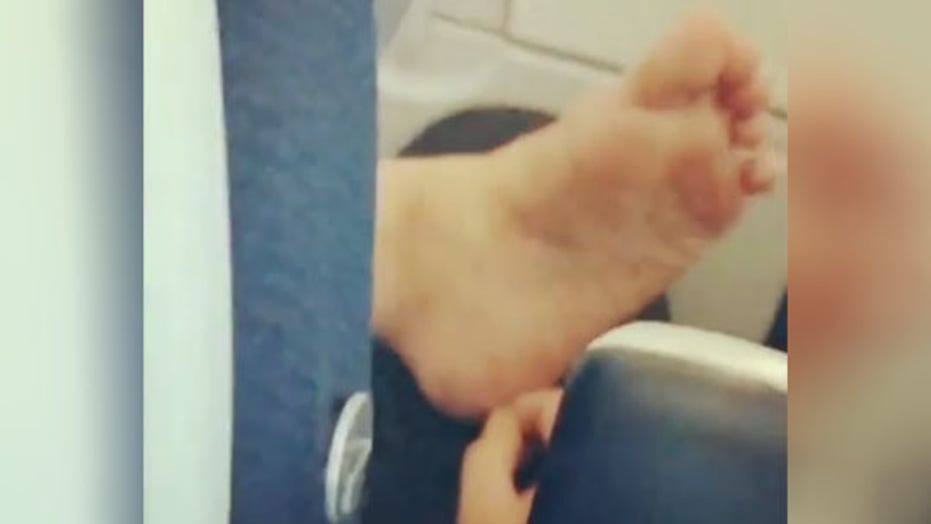 Some people get way too comfortable on airplanes.

Footage was uploaded to a popular Instagram page that shows someone picking the dead skin off the bottom of their bare foot in the middle of a plane. Based on the reactions to the post, the footage was just as upsetting as it sounds.

The video was uploaded to the Instagram page Passengershaming, which specializes in sharing pictures and videos of passengers acting inappropriately on planes. The footage was captioned, “Whatever the mind of man can conceive and believe, it can achieve," which they credited to Napoleon Hill.

The vast majority of the comments called out the behavior for being inappropriate--or worse.

“I barely want to do that [to] myself in private,” wrote one user. “That’s what a pedicure is for. You just keep on peeling, watch you make yourself bleed.”

Another user added, “I would die if someone did that next to me.”

“When you're so bored you resort to the lowest of the low,” added another, with another seemingly angry user chiming in with, “Someone should immediately vomit on them.”

“What is it with people and messing with their feet on planes?!” asked another user.

Some people were grossed out just by the description, with one user writing, “Nope. Can’t even watch it.”

“These only happen in 8+hr flights right?” asked a user who apparently only takes short flights.

“Why can’t people keep their feet in their shoes?” asked a user who appears to believe in common sense, with another user asking, “How do folks not call these people out?”