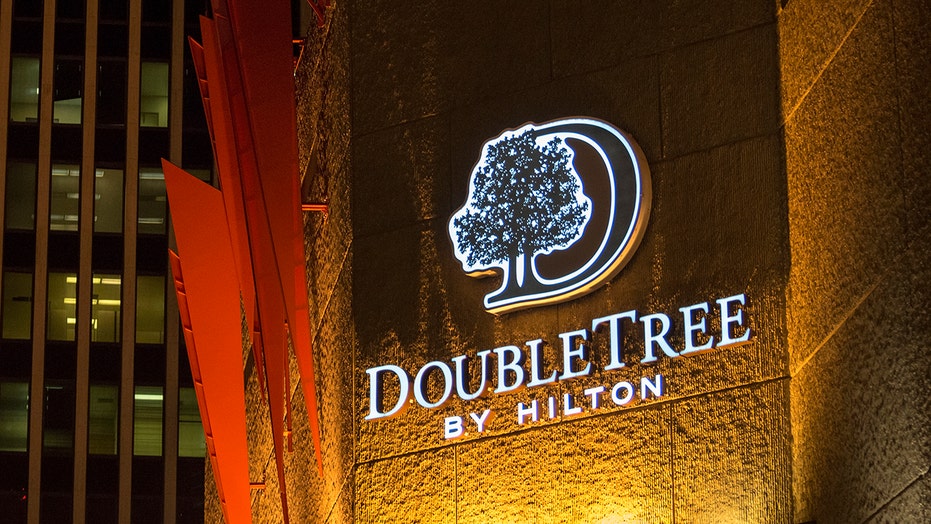 A Seattle-area man is suing the Hilton hotel chain for $10 million after he was booted from a DoubleTree in Portland for allegedly “calling his mother while black,” according to his lawyers.

Jermaine Massey, 35, is accusing DoubleTree employees of racial profiling after a December 2018 incident in which he was told he was trespassing in the lobby — despite having booked a room in the hotel.

Massey, from Kent, Wash., had just finished talking to his mother on the phone when he was approached by employees of the DoubleTree, a franchise of the Hilton hotel brand.

SEE IT: CHIP AND JOANNA GAINES TO OPEN BOUTIQUE HOTEL IN WACO

The 35-year-old reportedly complied with instructions from police who were summoned by the employees. He was then escorted to his room to retrieve his belongings, and booked another room at a Sheraton, Oregon Live reported.

Massey filmed a portion of the altercation with the hotel staff, which went viral in the following days on social media. (The original post has since been removed.) In the footage, two employees of the DoubleTree could be seen telling Massey that police are coming to escort him off the property, despite Massey explaining that he was a paying guest.

In the lawsuit, lawyers for Massey say the Hilton hotel chain has failed to institute policies or mandate training that would prevent racial profiling.

"Mr. Massey hopes to learn what policies of Hilton have led to these events, what Hilton has done in response to such events, and will ask the jury to punish Hilton as an example to other hotels who may be tempted to encourage or tolerate discrimination at their places of business," said Jason Kafoury, a lawyer for Massey, in a statement shared with Oregon Live.

The man's lawsuit seeks $10 million — $3 million for “frustration, humiliation and feelings of racial stigmatization,” and an additional $7 million in damages. His lawyers say they can also point to three other instances in which Hilton hotels had racially profiled guests in 2018 alone.

When contacted for comment, Hilton said the chain has “zero tolerance for racism and is committed to providing a welcoming environment for all guests.”

In late December 2018, the DoubleTree hotel in Portland had confirmed the termination of two employees, a security guard and a manager, who were involved in the Dec. 2018 incident. (iStock)

“As a demonstration of our inclusive culture, our corporate employees and Hilton-managed hotels have completed diversity and unconscious bias training. Following the incident in December 2018, Hilton accelerated scheduled training for all franchise properties globally and worked with the DoubleTree by Hilton Portland, Oregon, an independently owned and operated property, to ensure their employees have completed the diversity and unconscious bias training,” Hilton wrote in a statement shared with Fox News.

“We also understand the property has updated their procedures, and engaged their own experts to guide engagement with local community groups," the statement continued.

In late December 2018, the DoubleTree hotel in Portland confirmed the termination of two employees, a security guard and a manager, who were involved in the incident.