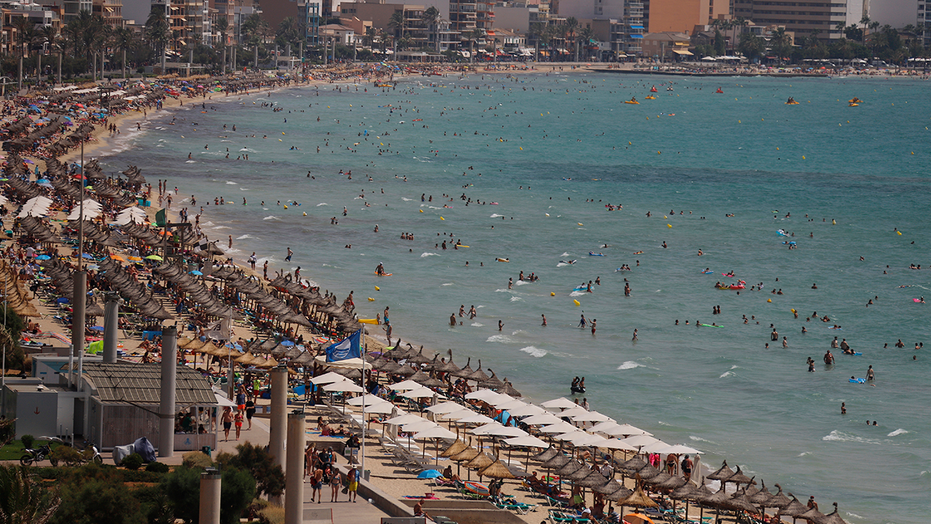 An anti-tourism group in Spain is attempting to send a message to visitors at one of the country’s most popular vacation destinations — by vandalizing the tourists’ rental cars on the island of Mallorca.

Earlier this week, the radical youth organization Arran shared footage of its members targeting the vehicles in the city of Palma, and appearing to spray-paint the cars with the phrase “tourism massiu o veïnes” (mass tourism or neighbors), while also smashing windshields and slashing tires.

The video, which was set to the tune of Mungo Jerry’s “In the Summertime,” also opened with a message written in Catalan, claiming there were more than 100,000 rental cars for tourists in Mallorca alone.

In a caption, Arran further blamed the “saturation” of the rental cars for the island’s pollution, and claimed the island’s reputation as a “tourist showcase” was unsustainable.

Police in Mallorca confirmed on Tuesday that they are currently investigating the incident, the Agence France-Presse (AFP) reports. It is not clear how many cars were actually vandalized during the incident.

Tourists and beachgoers are seen along the beach outside of the village of El Arenal, in Palma de Mallorca, on Aug. 6, 2019. (Clara Margais/Picture Alliance via Getty Images)

A representative for Mallorca’s tourism board was not immediately available to comment on the incident. However, Ramon Bauza, the former head of government for the Balearic Islands, of which Mallorca is a part, has responded directly to Arran’s video on Twitter, sharing the clip and urging followers against “tourismfobia.”

“Many thanks to the tourists who use rental cars to visit the paradise in which we live, revitalize our economy, enjoy our country through our islands and tell about the wonders we have in the Balearic Islands,” Bauza wrote. “WELCOME!”

Arran’s actions in Mallorca are the latest of the group’s anti-tourism demonstrations. Last summer, in July, group members stormed double-decker sightseeing buses in Barcelona, Valencia and Palma, setting off flares and unfurling banners urging authorities to “stop mass tourism.” The month before, members of Arran also chained themselves to Barcelona’s Gaudi sculpture to protest the effect of tourism on the locals, whom they say are being exploited and forced to work for low pay.

The far-left Arran, which is affiliated with Spain's Popular Unity Candidacy (CUP) party, has also been known to slash bus and bike tires in an effort to thwart the tourism industry. And once, in August 2017, members set off smoky flares at a marina in Mallorca before throwing confetti in the faces of tourists dining nearby.

Backlash against tourists, in general, has been flaring up in recent years across Spain, with anti-tourism marches having been organized in Mallorca and San Sebastian. Many of Barcelona’s residents have also spoken out against home-sharing services such as AirBnb and HomeAway, accusing them of encouraging entrepreneurs and landlords to buy up whole buildings and jack up rent.

Spain, however, continues to among the most popular tourism destinations on the planet, ranking second (after France) in tourism arrivals, with 83 million in 2018 alone, according to the United Nations World Tourism Organization. Tourism dollars also account for as much as 45 percent of the Balearic Islands’ economic output, the AFP reports.

A representative for Arran was not immediately available to comment on its video.