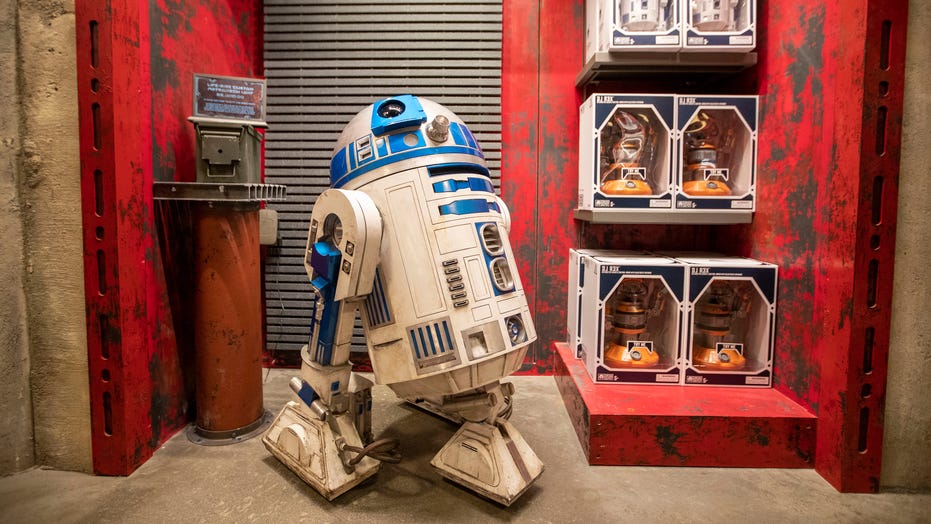 Disney World has announced that the cost of annual passes will be increasing before the opening of the highly anticipated Star Wars: Galaxy’s Edge attraction on Aug. 29.

Everyone knows that theme park souvenirs are expensive, but this takes things to a new level.

When Disneyland’s Star Wars: Galaxy’s Edge opened recently, it brought a ton of new merchandise with it to the park. There are typical souvenirs, like shirts and coffee mugs, but there are also several higher-end items — including $25,000 customizable droids, and people are apparently buying them.

Fortunately, most items in the Droid Depot don't cost as much as a new car to buy. (Getty / Allen J. Schaben / Los Angeles Times)

Disneyland employees confirmed that at least three of the pricey items were sold during the land’s first week, The Orange County Register reports. Official sales numbers for the item have not been released by Disney.

The expensive droid is available at the Droid Depot shop, although it is different than the $100 “build-your-own-droid-experience.” While the less expensive versions stand at about 18 inches tall, the pricier droid is reportedly life-sized, or about three-and-a-half feet tall. It can be operated via remote control and is able to move around and make movie accurate sound effects, according to the Register.

Based on the same model of the famous R2-D2 droid, guests can customize certain elements of their purchase. This includes color scheme and how "dirty" and worn-out the final product looks (the “Star Wars” movies are famous for having droids that don’t look brand new).

Of course, guests can’t just drop $25,000 and walk out the door with a brand new (but possibly dirty-looking) droid. The final product reportedly takes 90 days to be delivered and can only be shipped to an address in the continental United States. Also, shipping isn’t included and there is no annual pass holder discount.

Guests who aren’t able to drop enough money to buy a new car on a souvenir still have other options. There are $200 lightsabers and $400 stormtrooper helmets for superfans who don’t have bottomless bank accounts.