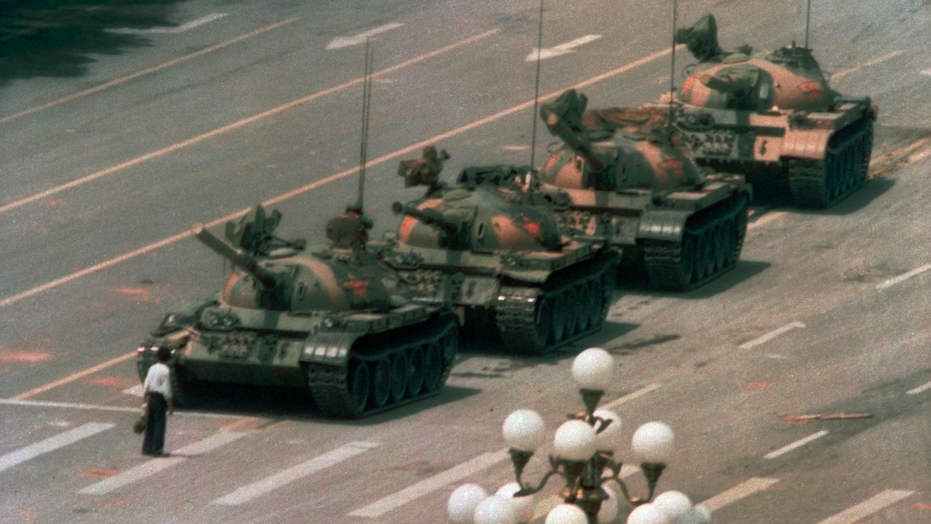 The popular video-conferencing company Zoom temporarily closed the account of a group of U.S.-based Chinese activists after they held a virtual commemoration of the 31st anniversary of the Tiananmen Square protests.

Axios, which broke news of the account's closure, confirmed that Zoom did it to "comply with local law" in China. The company, which has seen its usage skyrocket during the coronavirus pandemic, provided the following statement to Axios:

“Just like any global company, we must comply with applicable laws in the jurisdictions where we operate. When a meeting is held across different countries, the participants within those countries are required to comply with their respective local laws. We aim to limit the actions we take to those necessary to comply with local law and continuously review and improve our process on these matters. We have reactivated the US-based account.”

In this June 5, 1989 photo, a Chinese man stands alone to block a line of tanks heading east on Beijing's Changan Blvd. in Tiananmen Square. The man, calling for an end to the recent violence and bloodshed against pro-democracy demonstrators, was pulled away by bystanders, and the tanks continued on their way. (AP Photo/Jeff Widener, File )

The May 31 event was organized by Zhou Fengsuo, founder of the U.S. nonprofit Humanitarian China and former student leader of the 1989 Tiananmen protests.

According to a press release from the group, about 250 people attended the event and more than 4,000 streamed it over social media. Speakers included mothers of students killed during the 1989 crackdown, organizers of Hong Kong's Tiananmen candlelight vigil, and others.

The Tiananmen Square protests began on April 15, 1989 and spread to over 400 cities in China over the next three months. They were crushed by the Chinese military -- several hundred thousand troops eventually deployed to Beijing. Anywhere from several hundred to several thousand protesters were killed during the uprising.

“We are outraged by this act from Zoom, a U.S. company. Simultaneous to our censoring, thousands in relation to the Tiananmen Commemoration and Free Hong Kong Movements were silenced within China both online and through in person detainments,” the group said.

In this early June 4, 1989 photo, a student protester puts barricades in the path of an already burning armored personnel carrier that rammed through student lines during an army attack on pro-democracy protesters on Beijing's Tiananmen Square. (AP Photo/Jeff Widener)

“Humanitarian China demands an explanation of why our account was shut down, we will pursue other channels to protect our rights," the group added.

Zoom has come under increased scrutiny from lawmakers and civil liberties experts over its connections to China, including in the area of product development.

The University of Toronto's Citizen Lab said in a report that it discovered problems with Zoom's security protocols and that its large workforce in China could make it "responsive to pressure from Chinese authorities."