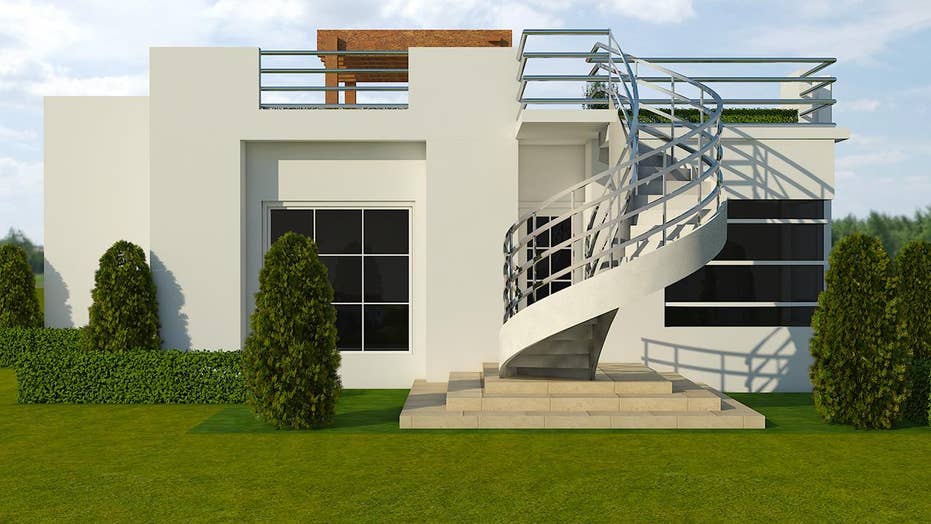 AUSTIN, Texas -- There’s a lot that 3D printers have made: bones, rockets, buildings. In fact, in Austin, you’ll find a 350-square-foot structure billed by its builders, start-up company ICON, as the country’s first permitted 3D-printed house.

But build much bigger, and you’ll have problems.

“Once you get large enough, you really need some form of steel or some other means to reinforce the concrete,” said Andrew Colopy, assistant professor of architecture at Rice University.

Larry Haines, founder of Austin-based Sunconomy, said his company has partnered with San Francisco residential building company, Forge New, to develop a system called We Print Houses. It will allow them to create bigger homes. They use a unique mobile platform to which they attach a print head.

Austin company, Sunconomy, plans to use this mobile platform to make 3D printed houses. It's one part of their system called We Print Houses, which can be licensed to builders and contractors across the country.   (Fox News)

“With this mobile platform, and with the distance we have, we can build up to a three-story house at any size,” said Haines.

They also use a specific building method, placing geo-polymer concrete on the inside and outside of a steel beam with insulation in the middle.

“That’s how we’re meeting code is by being able to insulate and get the structural strength and integrity from slab to wall from wall-to-the-roof system all in one,” said Haines.

Ultimately, Haines wants to print a whole house, including the roofs and floors, and sell it, something he says has never been done in the country. He’s already obtained the permit to build the first model home in Lago Vista, about 30 miles outside of Austin. Construction would take two months, and safety inspections would be performed similarly to those done with a traditionally built house.

“This is the future,” said Haines.

Maybe so, but some say don’t expect it to be the norm -- just yet.

This is a rendering of what the homes would look like. Sunconomy will be building its first model home this month.  (Sunconomy)

“The design is pretty limited. It’s a great thing, and it’s fast. But, you’re going to want a house that looks like that,” said Sean Forkner, council business representative of the Central South Carpenters Regional Council.

Becky Collins, president of Homebuilders Association of Greater Austin, brushed off comments that 3D houses will be the future.

“I still believe that traditionally built homes are going to be the lion share of housing, at least in Central Texas for quite some time,” Collins said.

Eventually, advocates say 3D printed homes can be seen as a means to create more affordable housing. According to the National Association of Home Builders, it costs about $237,760 to build a single-family house.

Haines says their system, however, would allow them to cut costs associated with hiring specialists such as roofers, carpenters, and drywall installers. So, the homes would cost much less.

Advocates say 3D printing could help make homes more affordable by cutting labor and production costs. The National Association of Home Builders states that it costs about $237,760 to build a single-family house. (AP)

“We’re trying to basically bring affordable housing that are disaster resistant. We can build anywhere from $100 a square foot all in for the contractors, overhead, profit, materials,” said Haines.

The system can be licensed to builders and contractors throughout the country. It costs $450,000 and includes the equipment, training, and marketing support. Haines says they have 260 real estate developers and builders on the list.

Forkner and Collins will be watching.

“There’s a possibility for it to catch on. Like I said, there would need to be a lot of changes in the design capabilities before it’ll start to overtake traditional framing,” said Forkner.

“I think the market’s pretty ripe for some disruption, and this might be a disruptor,” said Collins.