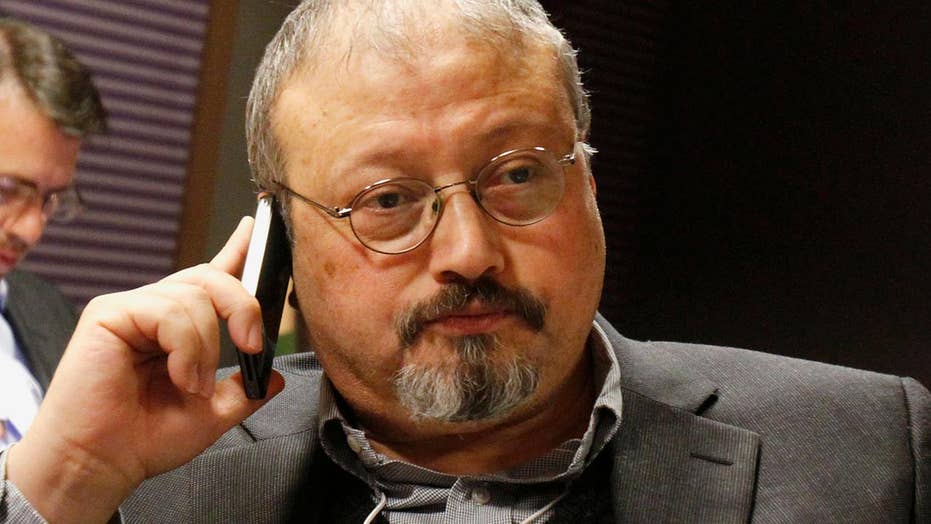 Turkish president says he has 'strong evidence' to support the claim that the death was no accident.

The fallout from the murder of Saudi columnist Jamal Khashoggi continued Monday when a high-profile investment conference known as "Davos in the Desert" saw its website defaced by hackers.

The conference's homepage was taken over and replaced with a message calling for Saudi officials to be held "responsible for its barbaric and inhuman action, such as killing its own citizen Jamal Khashoggi and thousands of innocent people in Yemen," according to a screenshot posted online.

Labeling the Saudi government as a source of terrorist financing, the message also showed a composite image of Saudi Crown Prince Mohammed bin Salman holding a sword above Khashoggi's head.

Saudi officials said over the weekend that Khashoggi, who wrote for The Washington Post and was critical of the Muslim country's authoritarian practices, was killed in the kingdom's consulate in Istanbul after having denied it for weeks.

STAFFERS AT BIG TECH FIRMS SPLURGE ON DEMOCRATS AHEAD OF MIDTERMS

The outcry over Khashoggi's killing has led to more fallout for the conference, with a number of chief executives, corporations and leaders deciding to withdraw: Treasury Secretary Steve Mnuchin, JP Morgan Chase, BlackRock, Siemens, HSBC and Uber.

In addition, a range of media companies have also declined to participate in the conference, including The New York Times, CNN and Fox Business Network.