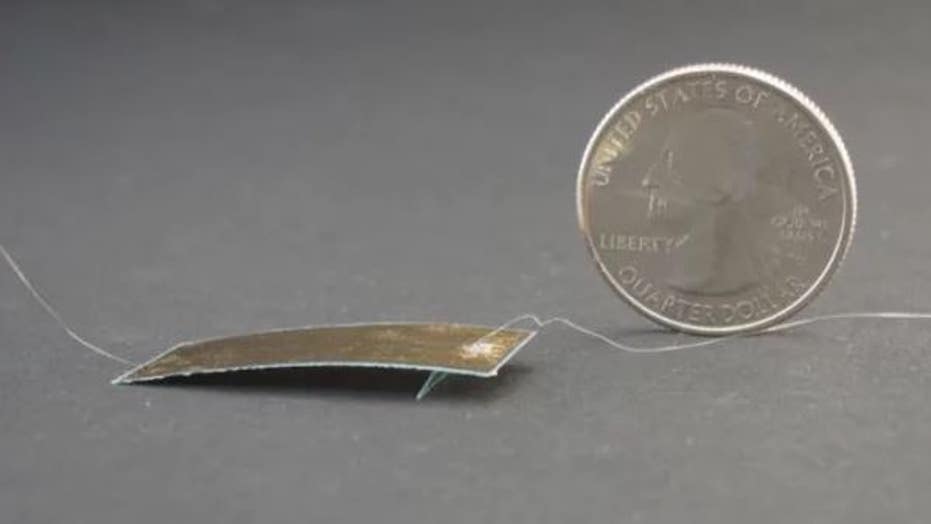 We've all tried to kill a cockroach only to watch it scurry away at a super-fast pace.

One of nature's creepiest insects, as it turns out, has inspired reseachers to create a very tiny robot that could in theory burrow through natural disaster sites and relay information to rescue workers.

A team at the University of California, Berkeley have designed a robot that's made out of a material known as polyvinylidene fluoride (PVDF) and is the size of a postage stamp.

Scientists involved in the project explained that it could have many applications.

“For example, if an earthquake happens, it’s very hard for the big machines, or the big dogs, to find life underneath debris, so that’s why we need a small-sized robot that is agile and robust,” said Yichuan Wu, first author of the paper, who completed the work as a graduate student in mechanical engineering at UC Berkeley, in a press statement.

It's also almost as hardy as a real cockroach, as the researchers repeatedly applied pressure to it by stepping on it.

"Most of the robots at this particular small scale are very fragile. If you step on them, you pretty much destroy the robot," Liwei Lin, senior author of a paper on the research, told New Atlas. "We found that if we put weight on our robot, it still more or less functions."

Although the robot doesn't look like much, it can actually do a lot according to researchers: It can move along the ground at a speed of 20 body lengths per second, which is comparable to that of a cockroach and apparently the fastest pace among insect-sized robots. It can also zoom through tubes, scurry up small slopes and carry tiny cargo loads, like a peanut.

“People may have experienced that, if you step on the cockroach, you may have to grind it up a little bit, otherwise the cockroach may still survive and run away,” Lin added in the press release. “Somebody stepping on our robot is applying an extraordinarily large weight, but [the robot] still works, it still functions. So, in that particular sense, it’s very similar to a cockroach.”

The study was published in the journal Science Robotics.