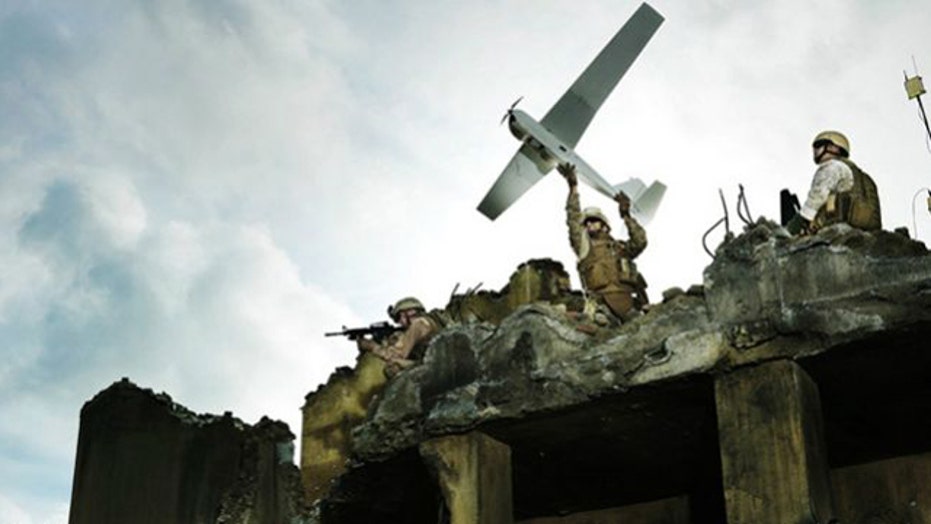 Allison Barrie on the companies vying to win the opportunity to place their tech in U.S. Special Operations

The Annual United States Army Meeting land warfare exhibition was the stage for many companies vying to win the opportunity to place their tech in U.S. Special Operations.

As the event drew to a close, the scoreboard was clear: Those betting on Boomerangs, Flyers and Pumas to be at the forefront would have been right.

Scoring big with special operations were the Boomerang Air to protect helicopter crews, the Flyer ITV ground vehicle to provide agile transport in severe terrain and the Puma next generation drone to give operators eyes in the sky.

Boomerangs for Helicopters
Made by Raytheon-BBN Corporation, these are not your average Australian outback boomerangs. These Boomerang Airs are acoustic hostile fire indicator systems that mount on helicopters.

The tech saves lives by helping flight crews under attack by locating the shooter. It does this by using the microphone sensors that are integrated into, and distributed throughout, the helicopter body. The sensors detect small arms fire traveling toward the helicopter.

The system is so advanced that it can detect even when shooters are firing from maximum effective range of a weapon. Boomerang Air will even identify the weapon shooting at them for the crew.

The aircrew receives the shooter locations through audio warnings and graphical displays.

And the tech works not just when the helicopter is hovering or landing, but also while it is cruising. Beyond single shots, it can also identify multiple bursts and multiple shooters.

While Special Operations Command would use Boomerang Air to protect warfighters on operations, the tech could also be used for surveillance and search and rescue operations. It even has potential on the homeland for law enforcement.

Ground Flyers
On display over at General Dynamics all week, the Flyer ITV couldn’t help but draw crowds.

Developed with Flyer Defense LLC , the Flyer is a modular, armored four wheel drive vehicle with a top speed of 85 mph and a cruising range of 450 miles.

From 7.62 mm machine guns through to 40 mm automatic grenade launchers, its 360-degree mounting ring mounted on the roll cage means the Flyer can be equipped with a range of weapons.

The Flyer ITV can be U.S.ed for a range of combat and humanitarian efforts.

Depending on the mission, it can be easily and rapidly be reconfigured in the field with different modular mission kits ranging from reconnaissance and light strike assault through to rescue and evacuation.

It provides off-road and cross-country capability over severe, rugged and restrictive terrain. Very robust, it has been designed to perform in all types of weather while carrying up to 3,500 pounds.

But the key here is that it can fit inside, and be transported by, most of the U.S. military's rotary-winged aircraft such as the Bell-Boeing V-22 Osprey tiltrotor and Boeing CH-47 Chinook helicopters.

It can also be sling-loaded from the Sikorsky UH-60 Black Hawk helicopter.

General Dynamics announced at AUSA that U.S. Special Operations Command also gave them a contract for the Flyer Advanced Light Strike Vehicle or ALSV. The three-year contract is for up to 10 vehicles representing a total value of $5.8 million if all options are exercised.

Persistent Pumas
Lightweight drone Puma made by Aeroenvironment is only 13.5 pounds, can be easily carried and is already very popular with special operators.

Very quiet, it operates autonomously to provide an eye in the sky. Puma doesn’t need a runway or launch pad to deploy.

Instead, this drone can be assembled in minutes, hand-launched, operated and recovered by a two-person team. Fully waterproof, it can also be launched and recovered at sea.

With such a significant upgrade, their Puma can take on even longer missions and leverage its more powerful and efficient propulsion system.

When you combine the new propulsion system with its new battery, Puma will give the special operator an extra three and one-half hours of surveillance.

There are also other potential power options like integrating solar and fuel cells. Puma currently has color and thermal video camera capability, but new Puma will also have an auxiliary payload bay to help make integrating advanced tech faster and easier.

It will also feature a secondary GPS to give even better navigation and improved positional accuracy. Finally, new Puma will also offer more durability with its a redesigned fuselage that improves its aerodynamics while leveraging reinforced construction.

The enhanced Puma AE will be available the first quarter of next year.