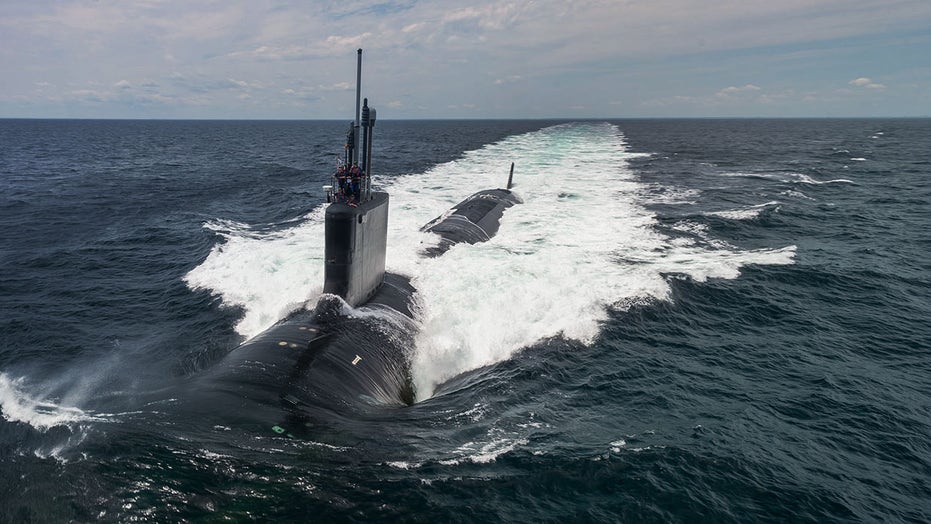 The U.S. Navy has begun work on a new generation of attack submarines with never-before-seen weapons, quieting technology, undersea attack drones, sonar and communications networking… to emerge at some point over the next 10 years or more.

Will it be the stealthiest, most lethal attack submarine ever to exist? That ….is the Navy plan.

“Block VI will start in 2024. We are currently in the phase of looking at concepts and capabilities and determining their feasibility. Next year we will go through the decision points in terms of requirements of what we want to have in that block,” Capt. Christopher Hanson, Program Manager, Virginia Class Submarines, said at the Navy League’s 2019 Sea Air Space Symposium.

As part of the Block VI development, the Navy is now conducting a “SOF Optimization” Analysis of Alternatives to, among other things, find ways to engineer an attack submarine well suited for clandestine undersea SOF missions. These can include targeted attack operations, forward intelligence gathering or high-risk surveillance missions, among other things.

Hanson was clear to point out that it is not possible, at the moment, to know everything that a new submarine might include 10 years into the future. With this in mind, the service wants to architect the boats, with established standards and interfaces, so that they can easily integrate new weapons, undersea drones or networking technologies as they emerge.

“Capability comes in two ways. One is the inherent design and how we build the submarine and the other piece is how we design the submarine with interface requirements for future payloads...that maybe right now are only in the power-point stage…. that can be accommodated in the future?” Hanson added.

This conceptual framework, focused on engineering “upgradeable” platforms, was anticipated in the earliest days of the Virginia-class program more than 15 years ago. A 2005 Naval War College Review essay cites Virginia-class submarines as a platform benefiting from a modular, or “open architecture” approach. Since its inception, the Virginia-class was built with a mind to prepare for future upgrades, as evidenced in the essay.

One example referenced in the essay is a modernization effort called the Acoustic Rapid COTS Insertion (ARCI) program which, among other things, pushed “toward modularity for the Virginia-class, the SSGN and subsequent classes,” the essay states. The success of the ARCI program has continued for more than a decade since its beginning; the program’s success was cited in a 2015 DOT&E report. The DOT&E report recommends that the program begin to emphasize countermine missions, due to its track record of successful upgrades.

From a technical or engineering perspective, modularity means building a boat with a software and hardware foundation able to adjust as needed. For instance, while attack submarines currently fire Torpedoes and Tomahawks, it is entirely feasible, if not likely, that new submarine-launched weapons will exist 10 years from now. This kind of scenario is exactly what Hanson seemed to be getting at.

The Naval War College Review essay, interestingly, aligns with Hanson’s comment about the need to engineer for future technologies to permit quick integration of new systems. The essay describes it as “yet-unenvisioned equipment to be installed to counter unimagined threats, and an insistence that core enabling characteristics such as stealth never be compromised.” (From”The Submarine as a Case Study in Transformation: Implications for Future Investment,” James H. Patton Jr, 2005)

With this essay in mind, there is a substantial precedent for of this kind of modular approach, looking at the multi-year trajectory of Virginia-class development; each Block has incorporated several impactful new technologies not yet present when the previous boats were built. For example, unlike Blocks I and II, Virginia-class Block III boats significantly increase firepower with the introduction of what’s called Virginia Payload Tubes adding new missile tubes able to fire 6 Tomahawks each. Block III also includes a new Large Aperture Bow “horseshoe-shaped” sonar, which switches from an “air-backed’ spherical sonar to a “water-backed” array, making it easier to maintain pressure, according to a 2014 report in “NavSource Online.”

The LAB sonar, which is both more precise and longer range than its predecessor, also advances the curve in that it introduces both a passive and “active” sonar system. Passive systems are used to essential track or “listen” for acoustic pings to identify enemy movements. This can help conceal a submarine's position by not emitting a signal, yet can lack the specificity of an “active” sonar system which sends an acoustic “ping” forward. The submarine’s technology then analyzes the return signal to deliver a “rendering” of an enemy object to include its contours, speed and distance. In concept, sonar works similar to radar except that it sends acoustic signals instead of electronic ones.

When it comes to tailoring submarines for SOF missions, it would not be surprising if elements of Block IIIs “Lock Out Trunk” were built-upon or expanded for Block VI; the Lock Out Trunk introduces a new specialized area which fills up with water for departure, enabling SOF forces to more easily and quietly exit the submarine while remaining submerged.

So..... given that both future threats and future technologies are not yet known, as Hanson indicated, what might Block VI look like?

While particular technical details are often unavailable given the secret nature of these kinds of platforms, over the years senior Navy weapons developers have talked to Warrior about some of the key areas of modernization focus; these include new coating materials to make the submarines stealthier, new antennas for longer-range, more accurate undersea surveillance missions and new “quieting” engine propulsion technology, among other things.

All of these technologies, in fact, already exist in the USS South Dakota attack submarine -- the most advanced submarine ever to be delivered to the Navy. The new boat, which is now operational, began as a prototype, test-bed platform to evolve these new technologies.What all of these USS South Dakota innovations amount to is that, Hanson said, they are informing current conceptual discussions now underway regarding Block VI.

Yet another area of innovation quite likely to lay a foundation for Block VI includes Block IIIs “Fly-by-Wire” navigational controls; instead of using mechanically operated hydraulic controls, the Fly-by-Wire system uses a joystick, digital moving maps and various adaptations of computer automation to navigate the boat. This means that computer systems can control the depth and speed of the submarine, while a human remains in a command and control role. It seems almost self-evident, given rapid advances in AI and computer automation, that Block VI will include a new generation of these kinds of technologies.

The technical elements of undersea command and control, quite naturally, are being engineered with a mind to expected increased use of underwater drones. The Navy is now moving quickly with efforts to build an entire new fleet of UUVs able to destroy mines, conduct lower risk forward surveillance, deliver supplies or even fire weapons with a “human-in-the-loop.” Capt. Pete Small, the Program Manager for Unmanned Maritime Systems, addressed this phenomenon at Sea Air Space and said the service’s now in development Orca XLUUV - Extra Large Unmanned Undersea Vehicle - is being configured to fire torpedoes.

“From essentially a “lone wolf ” a decade ago, the submarine is now nearly universally accepted as a key node within network-centric warfare, the purveyor of “undersea dominance,” and an essential element of Sea Power 21 (a previously articulated Navy attack vision emphasizing information dominance),” the 2005 Naval War College Review essay writes.

“Block 5 has some additional equipment we are developing, which will be added to the USS South Dakota. Our expectation is that that equipment is going to continue on into Block VI,” Hanson said.

Most of all, it seems apparent, plans for Block VI want to both remain flexible and explore a wide range of options.

“We have a CONOPS *Concept of Operations” ground that brings in operators of other vehicles on a periodic basis so we can show them what we are looking at,” Hanson said.