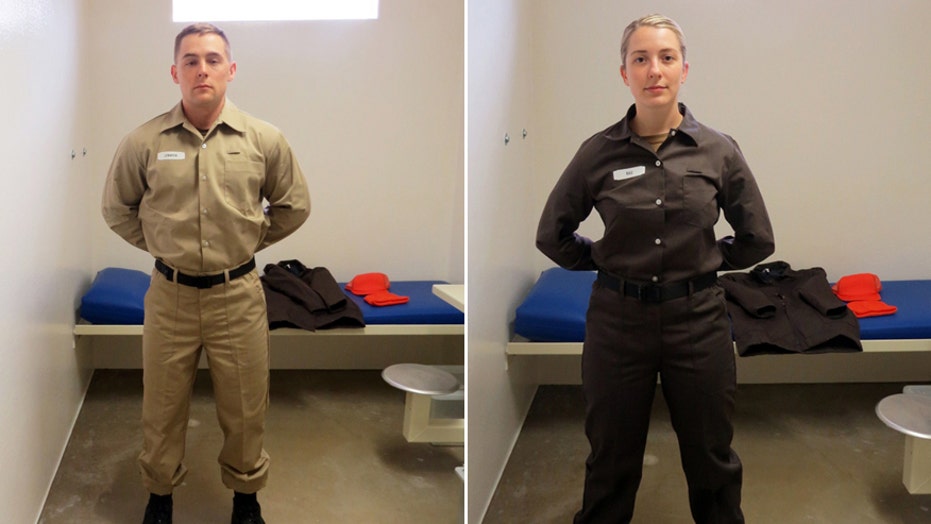 In order to be better prepared for massive open-water warfare against enemies with sophisticated surface, air and undersea attack weapons, the U.S. Navy is putting a push on further weaponizing its fleet of aircraft carriers, while evaluating its plan to expand the number of carriers in the fleet to 12 Ford-class carriers. In short, the Navy wants more weapons on carriers and may simply want more carriers, faster.

The Navy has introduced new prisoner uniforms for all pretrial and post-trial inmates in shore military correctional facilities (MCFs).

The new uniforms were introduced May 1 and are mandatory for all prisoners, regardless of their service affiliation.

In a statement, the Navy explained that prisoners confined in Navy shore MCFs have previously worn their respective service utility uniform, but this created some challenges.

"Having prisoners wear their Service uniform creates security and public safety challenges, such as difficulty in distinguishing staff from prisoners,” said Jonathan Godwin, senior corrections program specialist with the Corrections and Programs Office, Navy Personnel Command, in the statement.

The uniform worn by pretrial prisoners is chocolate brown in color, while the post-trial uniform is tan-colored. “The SPU [standardized prisoner uniform] consists of MCF issued shirt/blouse, pants, web belt with open-faced buckle, and Service-issued undergarments, service-issue socks and boots or facility approved footgear,” explains the Navy, in its statement. “Additional SPU accessory items consist of a prisoner jacket and a baseball cap and/or beanie/watch cap.”

The new uniforms will also prove more cost-effective, according to officials, who note that the total cost of clothing a prisoner will be about $45. In contrast, the cost of a Service-specific military utility uniform with trousers, top and fleece jacket can easily exceed $150.

“In addition to the enhancement of correctional security, improved public safety and significant fiscal savings, the wearing of the new SPU will produce numerous benefits across a wide range of Navy corrections operations,” said Godwin. “These include an SPU with a neat and professional look, an easier-to-maintain and care-for uniform, and less wear and tear on equipment, i.e. washing machines and dryers, and less cleaning supplies, i.e. laundry detergent.”

In 2016 the Navy announced a major uniform change, eliminating the ‘blueberries’ camouflage uniform, or Navy Working Uniform (NWU) Type I. The much-mocked uniform is being replaced by the forest-green NWU Type III. Starting Oct. 1, 2019, sailors will be expected to wear the NWU Type III as their primary working uniform when ashore or in port.