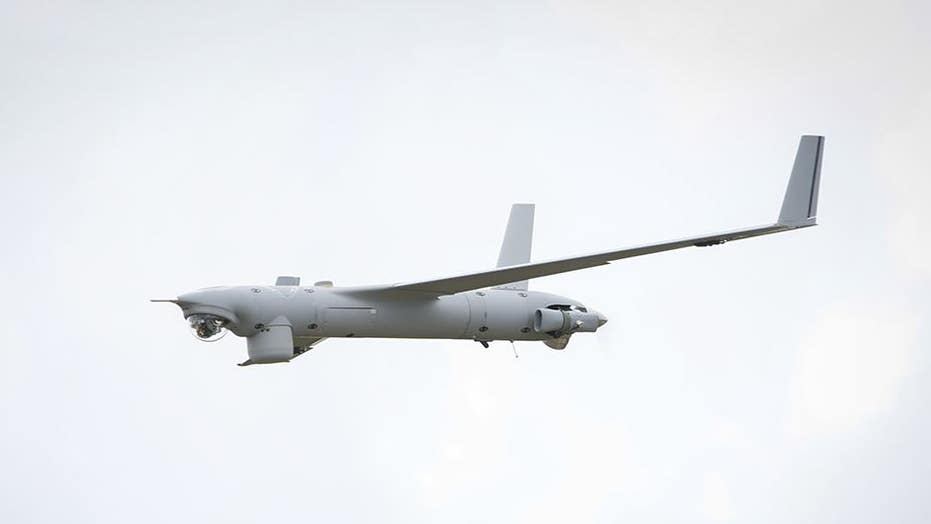 The Coast Guard’s vigorous push to equip its entire Cutter fleet with deck-mounted surveillance drones offers an interesting window into the service's expanding mission scope - to include an increased focus upon great power threats and potential military attacks such as small boat raids, submarine missions, enemy surveillance drones and even incoming fire.

The Coast Guard is not diminishing its historic and vital mission of defending the homeland against terrorist attacks, narcotics traffic and other kinds of intrusions, per se, but widening its purview to align more fully with DoD’s near-peer adversary emphasis.

“At this very moment, on the other side of the Pacific, the crew of the Coast Guard Cutter BERTHOLF is deployed supporting the Department of Defense Indo-Pacific Combatant Commander, contributing unique authorities to support the United States Navy and our allies amidst the backdrop of great power competition,” Schultz said. Schultz also referenced ongoing Coast Guard support for the US Central Command region.

While the service has supported DoD and the Navy for decades, the Coast Guard is, by design, not intended to prepare for major power war on the open ocean. However, Schultz did emphasize a need for the Coast Guard to double the pace at which its Cutters receive ship-launched Scan Eagle surveillance drones. This, it goes without saying, strengthens the Coast Guard’s ability to support US military operations.

“This technology is coming to every [National Security Cutter] in our fleet -- but not quickly enough. I would like to accelerate by doubling the delivery from two to four systems per year,” Schultz added.

The Scan Eagle drone is already in service with the Navy and Marine Corps. It brings a rare ability to catapult from the deck of a surface ship and perform vital forward-operating reconnaissance missions, and it adds a significant sphere of new variables to the Coast Guard’s strategic and tactical approach. First and foremost, deploying drones from service Cutters enables a wider and longer surveillance reach to identify terrorists, small boat threats, piracy and drug trafficking. Woven into this is a fast-growing ability to network real-time video data with both Navy assets and Coast Guard “nodes” such as helicopters. Such a technical advance allows the service to operate in a wider, more dispersed -- yet networked -- fashion.

Furthermore, Coast Guard drone deployments vastly increase the ability of the service to, as needed, identify threats for the US Navy and even support combat missions in some instances. Should a Coast Guard surveillance drone, for instance, locate sea mines, enemy movements and even some targeted small boat attacks, the service could much more quickly cue the Navy, therefore greatly expediting the needed military response.

In his presentation, Schultz specifically referenced the Scan Eagle’s added value by saying it brings “automatic surface search and cueing sensors, enabled by intelligence and air support.” Following this conceptual trajectory, particularly when it comes to securing the US homeland, allied territories and global maritime hotspots, it does not seem beyond the realm to envision a scenario wherein a Coast Guard surveillance drone comes across an enemy attack submarine attempting surveillance near or in US territorial waters.

With drones performing extended ISR, the Coast Guard could cue Navy anti-submarine vessels, helicopters and other air assets to rapidly deploy. The Coast Guard may indeed be well-suited for this kind of mission by virtue of its experience finding small, semi-submersible drug-transporting boats. While the Coast Guard may not have an exclusive or more narrowly-configured military mission, its security presence, fortified by drone surveillance, improves its ability to support the defense department.

The Coast Guard has been using the contractor-operated Scan Eagle for several years, yet the drone’s operator Insitu (a Boeing Company) was awarded a deal to equip the entire Cutter fleet with Scan Eagle drones last year.

The Scan Eagle expansion seems, at least in large measure, based upon the drone’s success so far. Per a 2016 contract, Scan Eagles are installed on the Coast Guard Cutter Stratton and supporting a fifth deployment with the ship. Past deployments have interdicted more than $1.8 billion (street value) in illegal narcotics, Insitu officials report.

“Scan Eagle helps optimize our disruption and interdiction of bulk loads of pure cocaine at sea. Large interdictions at sea reduce push factors in Central America such as drug-related violence and corruption,” Schultz said in his presentation.

“For the USCG, we’re using both an EO imager with a telescope and an EO/MWIR imager that enables us to launch and provide persistent coverage for daytime and nighttime missions in one sortie. The system is small, so it doesn’t interfere with manned operations on the flight deck,” Jenny Beloy, Defense Media Relations, Insitu, told Warrior.