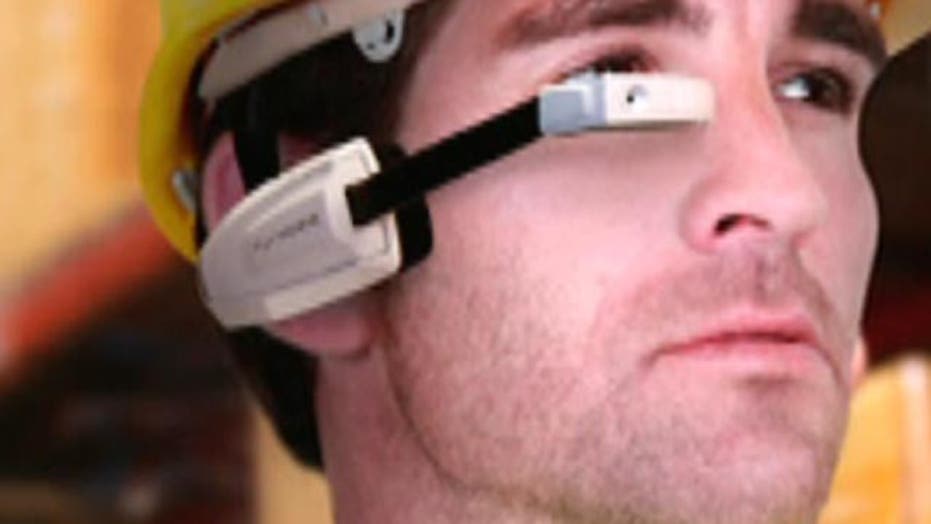 War Games: Navy researching a Google Glass of its own

Get ready, sailor. You could be wearing Google-style glasses soon.

The Office of Naval Research is creating a special display that will superimpose computer-generated information onto a sailor’s view of the real world.

Dubbed the Head Worn Display Augmented Reality, the Navy intends to use it for military training – and then possibly expand into wearable cameras, computers and hands-free gizmos.

The multinational eyewear company Vuzix has received a Small Business Innovation Research grant to integrate Google Glass-ish optics into a standard pair of military goggles.  The company is partnering with rugged military heads-up display-maker Six15 Technologies to adapt its technology for defense use.

Augmented tech augments reality -- meaning a sailor will be able to insert virtual characters, objects and effects generated by a computer into his field of view.

Ideally, sailors would have access to high-definition displays that can be incorporated into very thin lenses similar to those in normal eyeglasses. The head-worn display will need to be comfortable and operate for a long time – much longer than civilian standards – without needing to be recharged.

Through the glasses, a sailor would see and be able to train in a virtual simulation of a warzone or combat arena without actually going there; it could help keeping the military fighting fit in an era without the resources for conventional training methods.

The Navy isn’t the only government entity looking into smart glasses: Ever increasing budget restrictions mean the military is looking for creative solutions to meet its requirements. Virtual training environments are a smart option.

The Army Contracting Command recently issued a Sources Sought notice looking for technology it can use for training at home bases. The Army is seeking augmented reality technology for individual soldiers and units smaller than a company.

Others in defense and security are looking into this sort of tech as well. First responders like the New York Police Department, which is beta-testing Google Glass, have been eager to explore the tech potential.

For the military and first responders, the interactive head tracking and integrated HD camera, combined with connection to the cloud or an in-field network, would provide hands-free information access, communication and augmented reality applications.

The technology actively connects the digital world to the real one. And Vuzix already makes video eyewear and smart glasses for a range of purposes, from entertainment to consumer and commercial.

The M100 contains a virtual display with an integrated camera and a powerful processing engine. As a hands-free wearable device, it runs the Android OS and has most smartphone features – but without a cellular radio.

It has an HD camera for still pictures and video that can be streamed live or stored onboard. The integrated head tracking and GPS system can provide apps with the user’s location, direction and current angle of view.

It gives the user hands-free access to data, direct and remote video capabilities and direct onboard processing of video capture for lag-free augmented reality. It’s also compatible with thousands of Android apps, links to your phone, manages your calendar and tracks timed events.

Bluetooth 4.0 makes it easy to partner with another Android device or connect to Wi-Fi.