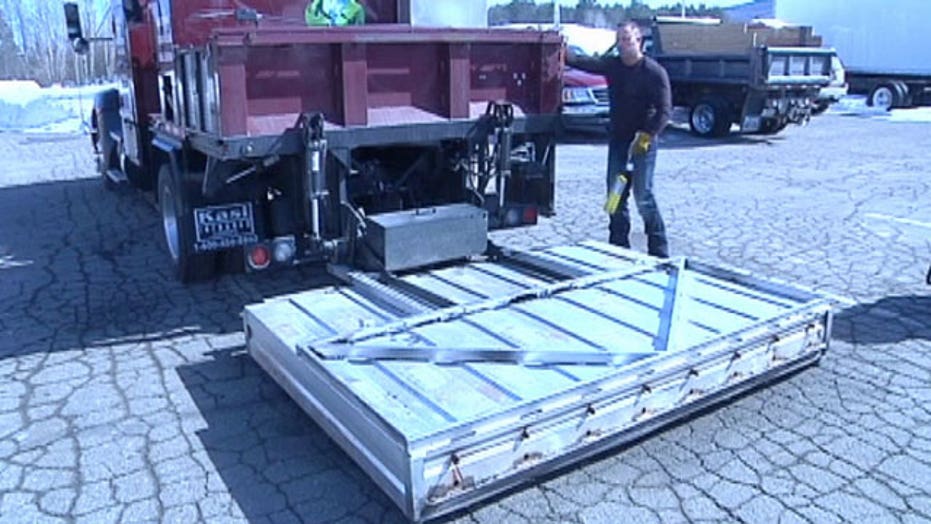 Hillary Vaughn reports on the latest technology in road repair

Winter weather is taking its usual toll on roads -- but a new, high-tech technique could fix the pothole problem. Permanently.

This winter's brutal snowstorms and chilling temperatures have been especially heinous. To fix the freeways, repair crews around the globe are turning to infrared technology, the latest front in the war on potholes. With this technique, a specialized heavy duty truck lowers a massive infrared panel onto the street; it heats the asphalt around the pothole prior to filling it, ensuring that the new stuff bonds strongly to the surrounding road, preventing repeated repairs.

The technology is in high demand in Europe and Asia, where many say it saves money, uses less labor and equipment and is even green. Infrared repair has one-seventh of the carbon footprint of a traditional repair and permanently fixes potholes. Kasi Infrared, based in Manchester, N.H., has been selling the groundbreaking technology across the world. But state and local governments aren’t catching on fast enough, according to Roger Filion, owner of the company.

“Somebody’s got to pull the trigger and say, we're spending all this money on cold patch and just throwing asphalt away when we could be out there making the repair permanent," he told FoxNews.com. "If they want to save the town taxpayer's money, this is it.”

Today a pothole repair requires a six-man crew and heavy machinery, and the work can slow down traffic for an entire day. With infrared technology it takes two men, one truck and 15 minutes to get the job done.

And unlike other methods, an infrared repair is permanent. Filion says there isn’t a repair he isn’t willing to sign his name on. “We warranty our repairs. I don’t believe there is or has been a company that does ‘saw, cut, and remove’ that would dare warranty their work.”

Roger Filion’s son Jarrod runs his own fleet of infrared trucks and specializes in infrared repairs. “You’ll see six city guys fixing a manhole, and then you have lane closures for two days until they open it back up. Whereas I can go in there and fix it for $250 bucks and have traffic running through it in half an hour,” Jarrod said.

Filion’s infrared trucks are in high demand across the world, but they make everything by hand at their shop in New Hampshire. The complete system mounted on a new truck costs about $160,000. Filion says that local interest in infrared technology is catching on, and hopes that it will soon be the standard in road repairs.

It couldn't happen soon enough for the New Hampshire Department of Transportation, which told FoxNews.com that this winter has been especially heinous.

“Pothole season is an annual rite of spring in New Hampshire," said Bill Boynton of the New Hampshire DOT. "It actually began in mid January [this year], which is much earlier than unusual. Almost everyday on the local roads I see coming into work there are local crews patching the holes that appeared overnight."

"As soon as we get to them another crop shows up the next day.”, Boynton said.