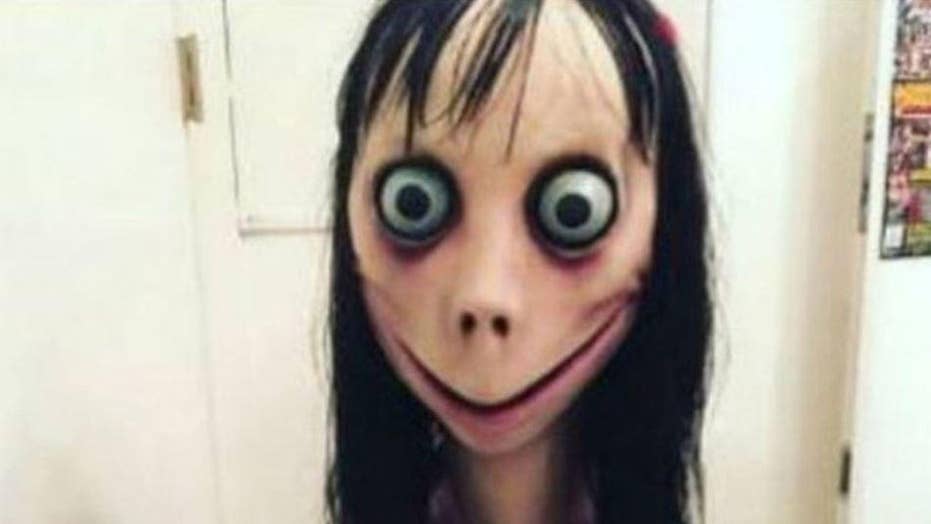 How the 'Momo suicide challenge’ continues to spread worldwide and prompt police warnings.

Reports have emerged that children are seeing the viral challenge show up on Facebook or YouTube, and in some cases even in video games. Since its emergence last year, "Momo" has been widely branded a hoax, but is once again in the spotlight.

The vile “Momo suicide game” garnered attention after it started spreading on WhatsApp, prompting police warnings. If players fail to complete the challenges in the game, they receive threatening messages from an avatar dubbed Momo, a bird-like woman with eyes protruding out of her head, who says the user will be cursed with an “evil spell.”

Last year, the “Momo” game made its way into the popular “Minecraft” video game, which prompted Microsoft to clamp down on it.'

On the other side of the Atlantic, Police Scotland urged parents not to panic over the "Momo" challenge but said that they should nonetheless ensure that their children understand the dangers of online challenges.

Wayne Willcox, director of Applied Cyber Education at Georgia Southern, also spoke to WSAV and gave out warnings for parents.

EXCHANGE BETWEEN COHEN AND CONGRESSWOMAN TURNS INTO INSTANT MEME

“The danger is if there is only one incident in the United States, let’s say, and a child sees it and a child goes out and hurts somebody or hurts themselves and we don’t have a conversation about it and we don’t make parents aware of it, are we not doing a disservice to our children?” asked Willcox.

“That’s the problem. You see so many cases where there are tragedies and then suddenly we are talking about it, this is a case where let’s not have the tragedies and let’s talk about it.”