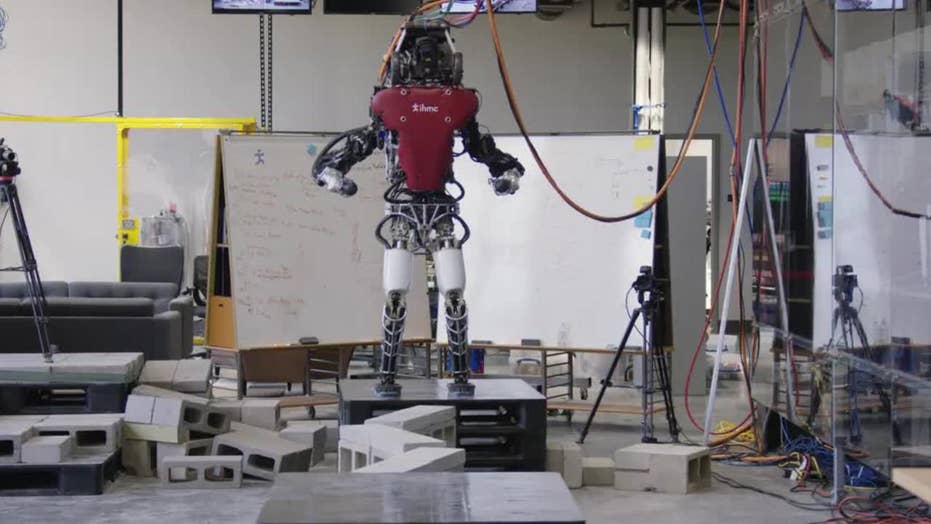 Researchers from the Institute for Human and Machine Cognition released a video this month showing how they're training a 343-pound humanoid robot to walk across a narrow space with autonomous planning.

How did the robot cross over the creek?

Very carefully, as it turns out, and with a lot of practice.

Many actions that humans can do with ease -- like navigating over rocks to reach the other side of a stream or maneuvering their way through crowds on busy city sidewalks -- are actually quite challenging for robots and require a lot of technological bells and whistles.

Researchers from the Institute for Human and Machine Cognition released a video this month showing how they're training a 343-pound humanoid robot to walk across a narrow space with autonomous planning. In the amazing 3-minute video, the Boston Dynamics-built Atlas model robot carefully maneuvers across narrow cinder blocks and a balance beam.

The demonstration reveals a degree of balance control that even some humans would struggle to maintain.

5 AI-POWERED GADGETS THAT THINK FOR YOU

"The robot is currently about 50 percent successful over this type of terrain," IHMC said in a statement posted with the video. "We plan to increase the rate of success by adding balance using angular momentum and by better considering joint ranges of motion."

“Narrow terrain is difficult due to the need to do some ‘cross-over’ steps, which are tricky due to limited range of motion in the hip joint, and also due to having a small polygon of support when one foot is directly in front of the other,” the statement continues.

According to IHMC, the robot utilizes LIDAR, a system that uses a pulsed laser to measure the distance between objects, in order to step correctly on the narrow terrain.

Jerry Pratt, a senior research scientist at IHMC Robotics, said that human still have some advantages over humans in terms of bipedal movement.

“The advantage of being bipedal and humanoid is that your mobility has the potential to be really good,” Pratt told The Washington Post. “If you think about everywhere a human go can go it’s really incredible. We can climb mountains or go into caves or hike through snow or climb stairs. There aren’t many places we can’t go.”