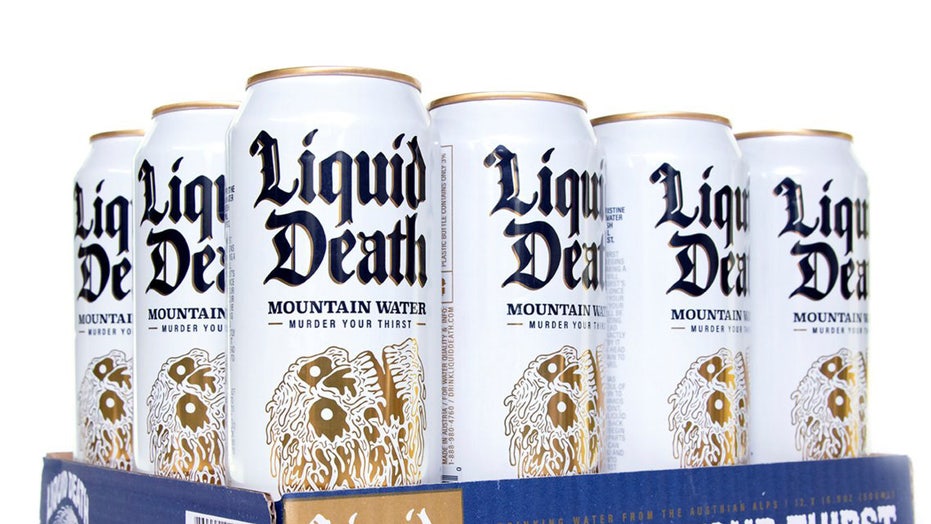 In Silicon Valley, tech workers who are apparently too cool for actual beer have taken to something called Liquid Death.

The product, which is the brainchild of former Netflix creative director Mike Cessario, is a non-carbonated, unflavored water sourced and canned in the Alps and packaged in tallboy cans.

According to Liquid Death's site, the beverage lets you "murder your thirst." It also has natural electrolytes and minerals and sells for $21.96 for a 12-pack.

On Tuesday, the company announced an additional $1.6 million in funding from other tech-world types, including Twitter co-founder Biz Stone and Away co-founder Jen Rubio.

The tech world is known for its eccentric executives. Twitter CEO Jack Dorsey was mocked for his fasting and ice bath habits.

Liquid Death is basically marketing itself as "punk" water.

"If you think about it, it makes sense, everything metal and punk is extreme," Cessario told Business Insider. "Being vegan is extreme, protesting the deforestation is extreme. There are more vegans at a heavy metal show than Taylor Swift show. We are by far the most sustainable option for packaged water, which is a big driver for why people want to buy from us."

According to The Washington Post, bottled water was the most successful mass-market beverage category in 2018, with nearly 14 billion gallons sold.

As of now, you can only buy Liquid Death online.