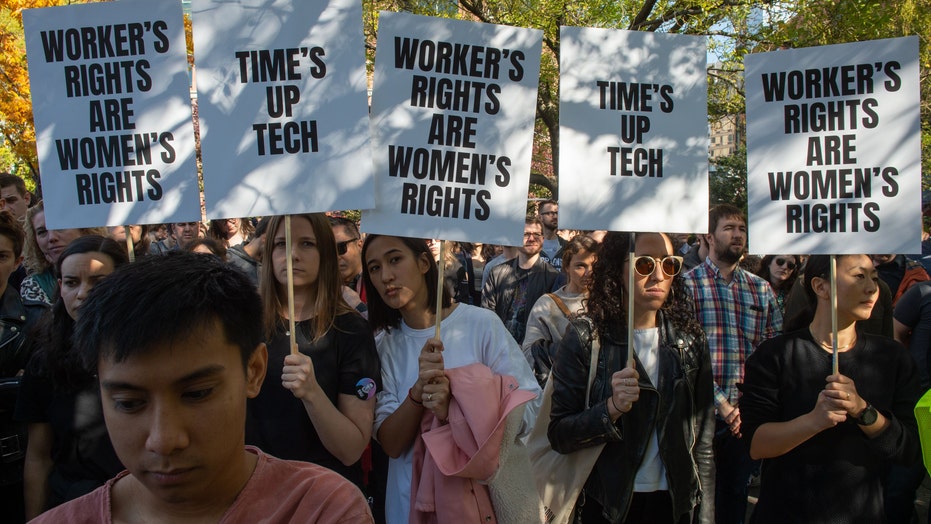 Two Google employees who helped organize the massive global protest that brought 20,000 workers out of their offices in November allege that the company is retaliating against them.

"Google has a culture of retaliation, which too often works to silence women, people of color, and gender minorities," reads a letter signed by Meredith Whittaker, Claire Stapleton and 10 other Google employees. "Retaliation isn’t always obvious. It’s often confusing and drawn out, consisting of icy conversations, gaslighting, project cancellations, transition rejections, or demotions."

Whittaker writes that Google said she would have to abandon her work at New York University's AI Now Institute, which she co-founded and also works on, in order to remain at Google. Stapleton, a 12-year veteran of Google who most recently worked in YouTube's marketing department, says she was told she would lose half of her reports and that a previously approved project was being killed.

"I remain staunchly committed to my work @AINowInstitute. Google's retaliation isn't about me, or @clairewaves," Whittaker, who joined Google in 2006, said in a Monday night tweet. "It's about silencing dissent & making us afraid to speak honestly about tech & power. NOT OK. Now more than ever, it's time to speak up."

Stapleton pushed back by hiring a lawyer and says that Google "walked back" her demotion, although she says the work environment "remains hostile."

The women collected 350 stories during the Walkout and the pattern that emerged is one of retaliation, in the form of being punished, sidelined or pushed out, if an employee stands up and reports discrimination, according to the letter that was first published by Wired.

The tech giant has policies in place that prohibit retaliation against employees who have reported concerns, a source familiar with the matter told Fox News.

“We prohibit retaliation in the workplace and investigate all allegations. Employees and teams are regularly and commonly given new assignments, or reorganized, to keep pace with evolving business needs," a Google spokesperson told Fox News on Tuesday. "There has been no retaliation here.”

Google has faced a wave of worker activism over matters including sexual harassment and pay equity. (AP)

Several Google employees tweeted messages of support in the wake of this latest letter.

"Retaliation is a common fear tactic and one that I saw frequently when I was organizing fast food and retail workers. This tells me that behind the mask of playfulness and positivity, Google is just another ruthless business," said Amr Gaber, a Google engineer.

Gaber, who volunteers with the Tech Workers Coalition, also said: "By resorting to retaliation, Google creates a culture of fear. It's difficult to confront this fear alone and leads to people being silent and isolated when they need to be heard and supported the most."

EMPLOYEES CALL ON MICROSOFT TO PROTECT GITHUB FROM CHINA CENSORS

A wave of activism from technology workers has swept through Silicon Valley over the last year or so and prompted a backlash against several projects and initiatives. Employees have pushed back against projects at Google, Amazon and Microsoft over concerns about Big Tech partnerships with the military, law enforcement and a possible censored Chinese version of Google Search.

"If we want to stop discrimination, harassment, and unethical decisionmaking, we need to end retaliation against the people who speak honestly about these problems," the Google workers wrote.

According to Whittaker and Stapleton, there will be a "Google Retaliation Town Hall" on April 26 for employees to share stories and strategize.