Take a look inside Google's hidden process, powered by people and algorithms, working to make sure the answers to the billions of questions typed into its search bar are correct and serves what the user wants.

President Trump and other Republicans have accused Google of anti-conservative bias a number of times over the last few years, while the tech giant has said its algorithm and worker-powered systems don't take ideology into account.

During his testimony before the House Judiciary Committee in December, Google CEO Sundar Pichai said "it's not possible for individual employees to manipulate our search results," in response to questions about alleged bias.

In an attempt to clear the waters, The Economist set up an experiment that compared the news site's share of search results with a statistical prediction based on its output, reach and accuracy.

The publication wrote a program to obtain Google results for any keyword; then, using a browser with no history, in what they call a "politically centrist part of Kansas," they searched for 31 terms for each day in 2018 — garnering 175,000 links. 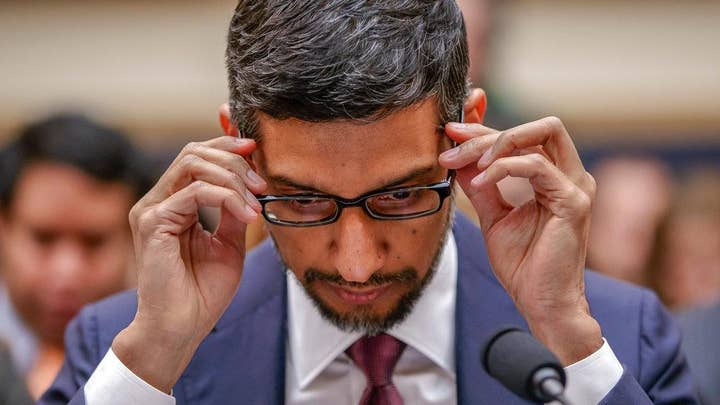 "Next, we built a model to predict each site's share of links Google produces for each keyword, based on the premise that search results should reflect accuracy and audience, as Google claims," The Economist reports.

The business publication worked with Meltwater, a media-tracking firm, to examine each outlet's popularity on social media, and they used accuracy ratings from several sources, including fact-checking websites, tallies of Pulitzer Prizes and results from a poll by YouGov about Americans' trust in 37 different publications.

These conditions were meant to approximate some of the factors, such as trustworthiness and expertise, that Google uses to determine search results.

US ELECTIONS IN 2020 NEED MASSIVE OVERHAUL TO PROTECT THEM, SECURITY EXPERTS WARN

If the Mountain View, Calif. company favored liberal-leaning sites, they would be expected to appear more often than The Economist's model predicted. But that was not the case.

"Overall, center-left sites like The New York Times got the most links, but only about as many as our model suggested. Fox News beat its modest expectations. Because far-right outlets had bad trust scores, they got few search results," the study concluded. "But so did Daily Kos, a far-left site."

Few people understand how Google actually works when you type a query into the box, but the process involves a mix of machines and humans.

The tech company’s crawlers, which are constantly scanning every page on the World Wide Web for new content and links, store copies of the web pages in the company’s massive index — which, if stacked as pages of a book, would stretch to the Moon and back 12 times. The software matches your query with terms on the most relevant pages and ranks those pages based on authoritativeness and relevance prior to producing your results.

THIS UNFINISHED ARIZONA 'FUTURISTIC HIPPIE COMMUNE' HAS A PROBLEM

Meanwhile, the algorithms are constantly being improved: About 10,000 search quality raters around the world are conducting thousands of tightly controlled search experiments – there were 30,000 experiments that resulted in 2,500 changes to search last year – to rate whether results are producing accurate, correct information. The guidelines, which run to 164 pages, give raters a detailed, methodical way to evaluate how a webpage works and whether it delivers quality content for users.

However, the business publication admits that their study does not definitively "prove" that bias does not exist — since it can't account for the possible bias or partisanship of fact-checkers or Pulitzer voters.

According to The Economist, Google's main form of favoritism is simply to "boost viral articles."

"The most incendiary stories about Mr. Trump come from leftist sources. Gory crime coverage is more prevalent on right-leaning sites. Readers will keep clicking on both."