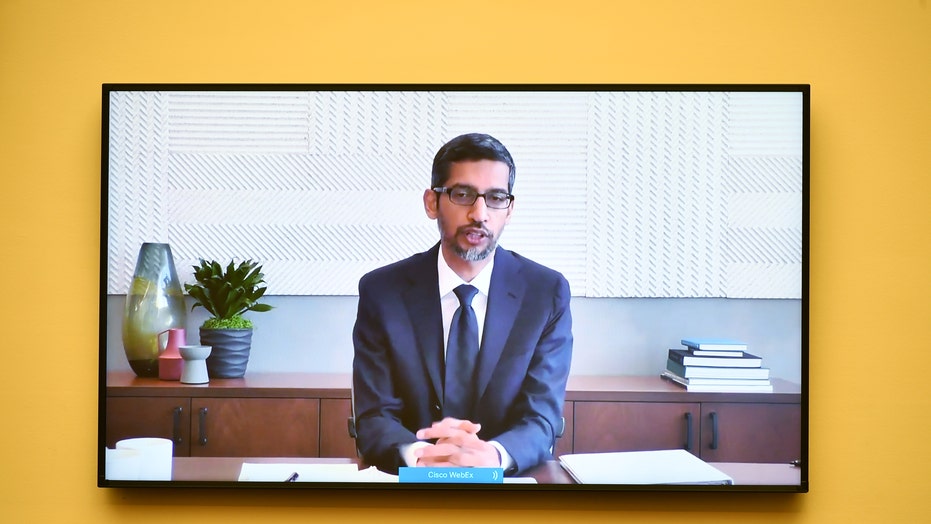 The data is used for a so-called "geofence warrant," which taps into a massive Google database that tracks where you go anonymously. It’s part and parcel of a trend by tech companies to track where you go, what you eat, and what you buy, among a host of other tracking information.

Though originally designed by Google as an innocuous way to provide the “Location History” for any user who opts in to see where they’ve been, it is now reportedly being used by law enforcement to track criminal suspects.

The warrant can compel Google “to disclose the records for any devices in a certain area during a specified time period. After that, for certain accounts, the government may obtain additional location data and subscriber information,” according to Lawfare Institute, which posted a blog on the issue in cooperation with Brookings.

Congressman Kelly Armstrong, R-N.D., addressed this issue during the hearing on Wednesday in a question directed at Google CEO Sundar Pichai.

“There are news reports that law enforcement has made increasing use of what are called geofence warrants and [these] allow authorities to compel technology companies to disclose location records for any device in a certain area at a particular time,” Armstrong said.

Armstrong went on to say that the Fourth Amendment requires probable cause and specificity. But geofence warrants require neither, he said, adding that he believes the location information should be considered part of the Electronic and Communications Act, which was enacted by Congress to expand existing restrictions on government telephone wiretaps to include transmissions of electronic data.

“Do you agree?” he asked Pichai, referring to the measure.

“This is why we issued transparency reports, because we think it’s an important area for Congress to have oversight,” Pichai said.

“We recently made a change by which we automatically delete location activity after a certain period of time by default for our users,” he said.

In a June 24 blog post, Pichai said that Google will auto-delete Location History after 18 months by default. He also said that Web & App Activity auto-delete will default to 18 months for new accounts.

However, for those who already had Location History and Web & App Activity turned on, the settings won't change, according to Google, though they will be reminded about the auto-delete controls via notifications and emails, according to the company.