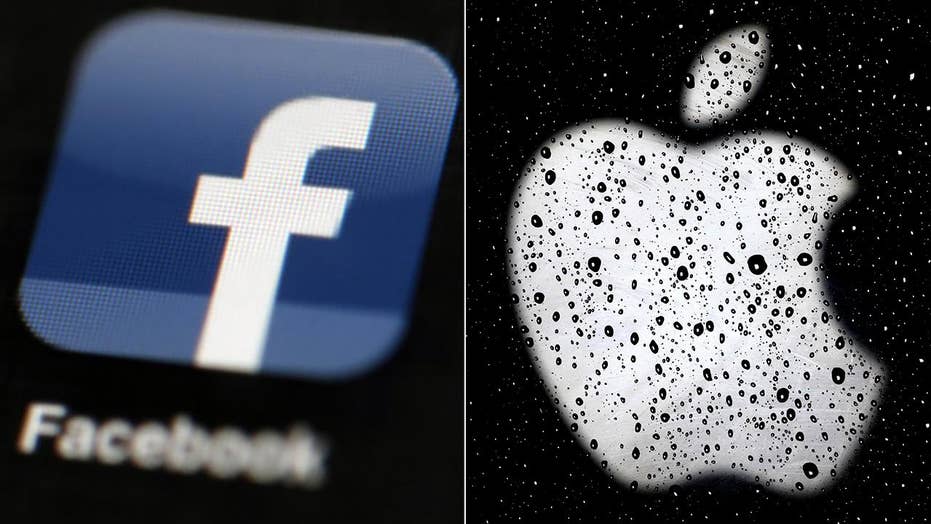 Big Tech companies such as Google, Facebook and Apple are destroying the economic model that underpins the U.S. press industry, warn lawmakers and journalists.

The Silicon Valley titans are in the spotlight this week on Capitol Hill as the House Judiciary Committee launches its investigation into the market dominance of Silicon Valley's biggest names, starting with a look at the impact of the tech giants' platforms on news content, news organizations and advertisers.

Critics argue that Big Tech has clinched a monopolistic position that lets it dominate the digital advertising marketplace. This means that the tech giants distribute a vast amount of content from news publishers on their platforms without paying to produce the content, according to the Save Journalism Project, which aims to protect the industry from Big Tech.

At a press conference prior to Tuesday’s hearing,  California Democratic Rep.  Mark DeSaulnier joined forces with journalists to welcome the anti-trust scrutiny that Big Tech is receiving.

"I don't think there's anything more important right now than how Americans get information," DeSaulnier said. "We're at huge risk going into this next election cycle and it's important that we get this right."

DeSaulnier is the lead Democrat on the Journalism Competition and Preservation Act of 2019, which was recently introduced by Democratic Rhode Island Rep. David Cicilline and Republican Georgia Rep. Doug Collins. The act would allow local news outlets to negotiate collectively with large online platforms such as Facebook and Google.

"I would like to be part of re-establishing journalism as a sacred part of American democracy as it once was," said DeSaulnier, during Tuesday's press conference.

"The industry right now is going through a tough time,” said John Stanton, the former Washington Bureau chief at BuzzFeed News, during the press conference. “We’re at a crisis point in the industry, and it’s good that Congress is taking a look at these issues and how these big tech companies are affecting our ability to do our job.”

Stanton, who was laid off from BuzzFeed earlier this year, recently launched the Save Journalism project with Laura Bassett, the former senior politics reporter at HuffPost. Bassett was laid off from HuffPost in January.

FACEBOOK'S AVERAGE US USER SPENT 38 MINUTES PER DAY ON THE PLATFORM, A DROP FROM 2017, BUT INSTAGRAM USAGE INCREASED

"Companies like Apple, Facebook, and Google are using their tech muscle to monetize news for their own profit, but at the expense of the journalists and news publishers who produce the content,” said Bassett and Stanton, in a written statement to the House Judiciary Subcommittee.  “The reason advertising revenue has fallen so steeply is that Google and Facebook dominate the digital ad market, consuming more than 60 percent of all revenue,” they added in the statement, citing a story from 2018.

The statement cites several ways that the aforementioned companies are harming the journalism industry, including Google and Facebook splitting nine out of every new ten dollars spent on digital advertising; and Apple using its iPhone and Mac products to launch its Apple News+ product, which the statement says "sadly... undercuts the subscriptions sold by existing publishers while Apple takes 50 percent of the revenue."

“A robust and well-funded news media is vital to a healthy democracy. The public should be aware of Big Tech’s death grip on publishers and the power they have over the online marketplace,” they added. “Congress should be discussing legislative solutions to regulate or break up the tech giants and restore fairness to the digital ad market.”

Google told Fox News that it has “worked for many years” to be a collaborative and supportive technology and advertising partner to the news industry. “Every month, Google News and Google Search drive over 10 billion clicks to publishers’ websites, which drive subscriptions and significant ad revenue,” said Richard Gringras, VP of News at Google, in an emailed statement. “We’ve joined forces with publishers on projects ranging from helping improve their mobile experiences and supporting subscriptions to deep advertising partnerships. And last year, we launched the Google News Initiative, a major company-wide effort to help a range of quality journalism thrive.”

Fox News has reached out to Facebook and Apple with a request for comment on this story.