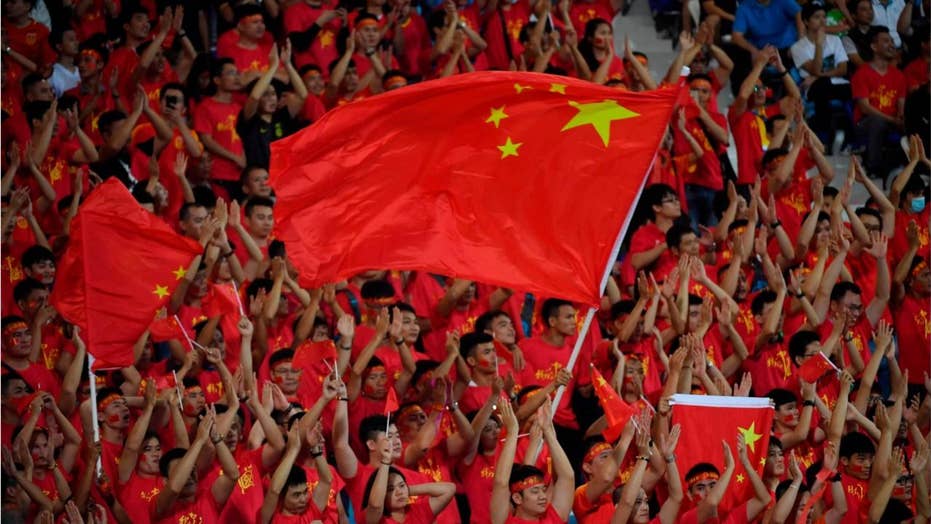 China is using 'economic espionage' to grab US technology

A new report issued by several prominent experts on Chinese and American foreign policy claims that China is using a range of methods to misappropriate U.S. technology.

A new report issued by several prominent experts on Chinese and American foreign policy claims that China is using a range of methods to misappropriate U.S. technology.

"In the technology sector, China is engaged in a multifaceted effort to misappropriate technologies it deems critical to its economic and military success," experts explain, in a statement accompanying the report. "Beyond economic espionage, theft, and the forced technology transfers that are required of many joint venture partnerships, China also captures much valuable new technology through its investments in U.S. high-tech companies and through its exploitation of the openness of American university labs."

"This goes well beyond influence-seeking to a deeper and more disabling form of penetration," they added. "The economic and strategic losses for the United States are increasingly unsustainable, threatening not only to help China gain global dominance of a number of the leading technologies of the future, but also to undermine America’s commercial and military advantages."

The report identifies what it calls "nontraditional collectors" of data on U.S. technology. "China’s most systematic channel for identifying foreign-based nontraditional collectors is its Recruitment Program of Global Experts, commonly known as the Thousand Talents Plan or the Thousand Talents Program (TTP)," it said. "The TTP is a massive and sustained talent recruitment campaign designed to recruit leading experts from overseas to assist in the country’s modernization drive."

Official Chinese TTP websites list more than 300 U.S. government researchers and more than 600 U.S. corporate personnel who have accepted TTP money, according to the report. "In many cases, these individuals do not disclose receiving the TTP money to their employer, which for U.S. government employees is illegal and for corporate personnel likely represents a conflict of interest that violates their employee agreement."

The timing of the report is noteworthy, as President Trump is scheduled to meet with President Jinping at this weekend's G-20 summit, where the two will discuss the current trade war between both countries and whether the situation can be resolved or escalated.

The Trump administration has long argued that China does not offer a level playing field for foreign businesses and they steal intellectual property from U.S. companies, a claim the report backs up. "In business, China often uses its companies to advance strategic objectives abroad, gaining political influence and access to critical infrastructure and technology," the statement says.

In October, Vice President Mike Pence said U.S. companies should "think twice before diving into the Chinese market if it means turning over their intellectual property or abetting Beijing’s oppression," Pence said in prepared remarks made at the Hudson Institute. Pence specifically called out Google, which he said should "immediately end development of the 'Dragonfly' app that will strengthen Communist Party censorship and compromise the privacy of Chinese customers…"

Google has come under fire from politicians on both sides of the aisle, its employees and several other interested parties, including human rights groups, to abandon the project, which would see the tech giant potentially launch a censored search engine in China. Last month, Google CEO Sundar Pichai said the company is exploring a potential search engine, but nothing is definite.

Speaking with The Wall Street Journal earlier this week, Trump said he expected to boost tariff levels on a further $200 billion worth of Chinese goods to a level of 25 percent, up from 10 percent.

On Thursday, Trump tweeted that the tariffs have resulted in "billions of dollars pouring into the coffers of the U.S.A.," but did not provide any concrete details for this claim.

The report details how Chinese policy began to take a very different path when President Xi Jinping came to power in 2013. Since then, the world's largest country "has significantly expanded the more assertive set of policies initiated by his predecessor Hu Jintao." The report also notes that China not only wants to redefine its position as a world leader but "put forward the notion of a 'China option' that is claimed to be a more efficient developmental model than liberal democracy.

China is using several ways to influence the American way of life, including using legitimate tactics and some "improper interference," including methods that have been previously summed up as “covert, coercive or corrupting.”

The report found that Chinese influence extends into a number of areas, including universities, federal and state government institutions, media and think-thanks, which the report notes are "very resilient" in resisting the influence. China is trying to promote views that are "sympathetic to the Chinese Government, policies, society, and culture," the statement reads. It adds that China is also trying to "suppress alternative views; and co-opt key American players to support China’s foreign policy goals and economic interests."

Several of the contributors of the report have been prominent in engaging with China, including Winston Lord, the former U.S. ambassador to China in the 1980s, Larry Diamond, a senior fellow at the Hoover Institution and Orville Schell, the Arthur Ross Director at the Center on U.S.-China Relations Asia Society.

Speaking with The Washington Post, Lord said the group who worked on the paper are not "a bunch of hostile, anti-Chinese people," making the findings all the more stunning. “Yet all of us have become more pessimistic about the trends and feel that we’re at a crossroads in the relationship,” Lord said of the about-face.

The report notes that China is second only to Russia when it comes to "efforts to influence American politics and society," adding that it is both "extensive and well-funded."

"The ambition of Chinese activity in terms of the breadth, depth of investment of financial resources, and intensity requires far greater scrutiny than it has been getting, because China is intervening more resourcefully and forcefully across a wider range of sectors than Russia," the report reads. "By undertaking activities that have become more organically embedded in the pluralistic fabric of American life, it has gained a far wider and potentially longer-term impact."

Fox News has reached out to the Chinese government for a request for comment.

However, the report was cautious to note that it did not want to "exaggerate the threat of these new Chinese initiatives." Aside from the report stating that China did not interfere with U.S. elections the way the Russians did (a claim the Trump administration says took place), there are plenty of examples of the two countries working together.

"For all the tensions in the relationship, there are deep historical bonds of friendship, cultural exchange, and mutual inspiration between the two societies, which we celebrate and wish to nurture," a statement on the report reads. "And it is imperative that Chinese Americans—who feel the same pride in American citizenship as do other American ethnic communities—not be subjected to the kind of generalized suspicion or stigmatization that could lead to racial profiling or a new era of McCarthyism."