Bartiromo on 'free speech crackdown' after after AWS suspension of Parler

Fox Business anchor Maria Bartiromo asks, 'How do you make the case there was violence on Parler' and not on other social media platforms including Twitter?

FOX Business anchor Maria Bartiromo argued on Monday that the suspension of upstart social media platform Parler by Amazon, Apple and Google following Wednesday's U.S. Capitol riot could be "collusion" and a coordinated effort "to put a competitor out of business."

Amazon says the move was made for violating AWS' terms of services by failing to effectively deal with a steady increase in violent content, according to an email by an AWS Trust and Safety team to Parler, seen by Reuters. An Amazon spokesperson confirmed the letter was authentic. 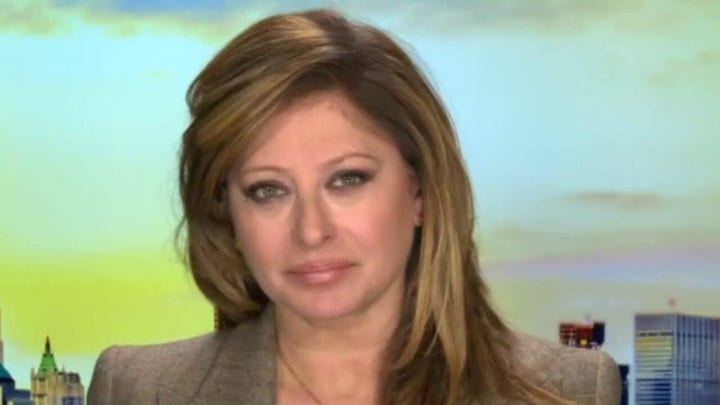 During an interview on "Mornings with Maria" on Monday, CEO John Matze told users to "hold on and come back" as the company figures out how to move forward.

"We're going to figure this out," Matze said, adding that "it’s going to be devastating to our business, our model [and] our potential to raise future capital."

On Monday, Bartiromo acknowledged the suspensions will have devastating consequences for Parler.

"If you’re not on the app store, a company like Parler literally can go out of business," she said, noting that "in order to grow, they need you to buy the app on the app store."

"So you are looking at a coordinated effort across social media to pretty much put this company out of business," she added.

APPLE AND GOOGLE SUSPEND PARLER FROM THEIR APP STORES

Matze also told Bartiromo on Monday that "at this point we may even have to go as far as buying and building our own data centers and buying up our own servers if we need to get back on the Internet."

"But there's still risk involved in that given what vendors are doing and the extent they're going to get rid of us," he continued. 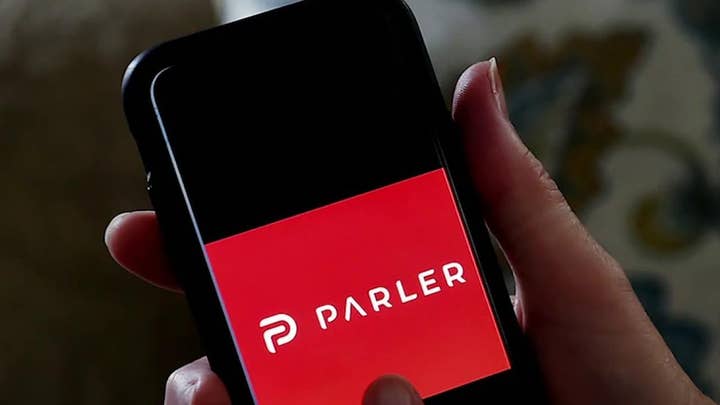 He argued that Amazon, Apple and Google's suspension of his social media platform is "a pretty prime example" of antitrust, adding that he believes Big Tech is using the violence at the Capitol as an excuse to "squash" their first real competitor.

Speaking on "Sunday Morning Futures" the day before, Matze also called the moves to suspend his app "obvious collusion" and an effort to "stifle free speech and competition in the marketplace."

Google suspended Parler from its app store Friday due to a failure to moderate "egregious content" posted by users related to the violent siege on Capitol Hill last week.

Parler is facing criticism over Wednesday’s riot that saw supporters of President Trump storm into the U.S. Capitol, attack police, vandalize the building and steal items.

Screenshots taken from Parler and shared on other social media platforms appear to show Parler users openly discussing plans for violence at the rally that preceded the attack on the Capitol, including bringing weapons and imagining how they would wield them against their political opponents.

Apple also suspended Parler from its App Store even as it surged to the No. 1 spot in the free apps section.

An Apple spokesperson said in a statement to FOX Business, "We have always supported diverse points of view being represented on the App Store, but there is no place on our platform for threats of violence and illegal activity."

"Parler has not taken adequate measures to address the proliferation of these threats to people’s safety," the statement continued. "We have suspended Parler from the App Store until they resolve these issues."

Bartiromo said she finds it "hard to believe that it was something happening on Parler that had anything to do with the disaster that happened on Capitol Hill on Wednesday that attacked our democracy and the breach of the Capitol."

She pointed to "Hang Mike Pence" trending on Twitter on Friday night, with about 14,000 tweets after the social media platform banned Trump "due to the risk of further incitement of violence," according to reports.

Bartiromo then asked, "How do you make the case that there was violence on Parler and not on all these other sites?" 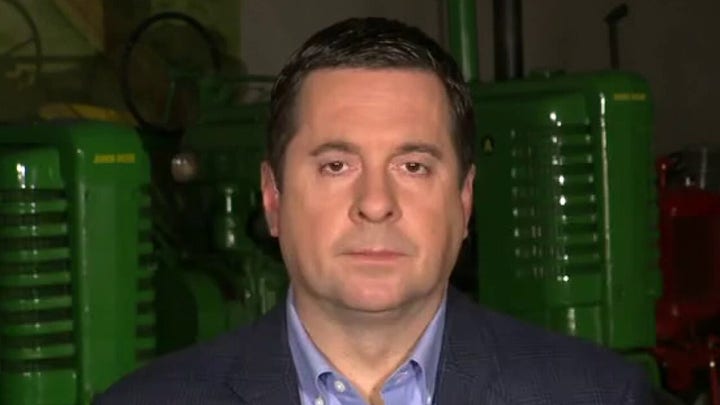 During an interview on "Sunday Morning Futures" Nunes said Amazon, Apple and Google's suspension of Parler is "clearly a violation'" of antitrust, civil rights and the Racketeer Influenced and Corrupt Organizations (RICO) Act, which is a federal law that provides for extended criminal penalties and a civil cause of action for acts performed as part of an ongoing criminal organization.

"I don't know where the hell the Department of Justice is at right now or the FBI," the ranking member of the House Permanent Select Committee on Intelligence said on Sunday.

The next day, speaking on "America’s Newsroom," Bartiromo agreed with Nunes saying, "This has to be something that the Department of Justice and the FBI would look at."

Bartiromo also agreed with Matze on Monday saying that Big Tech’s suspension of Parler "is a perfect example" of antitrust abuse "given the fact that these companies have become so dominant that they are able to just wipe out another company [and] put them out of business."

An FBI spokesperson told Fox News, "Per our usual policy, the FBI does not confirm or deny the existence of investigations." The DOJ did not immediately respond to Fox News’ request for comment.