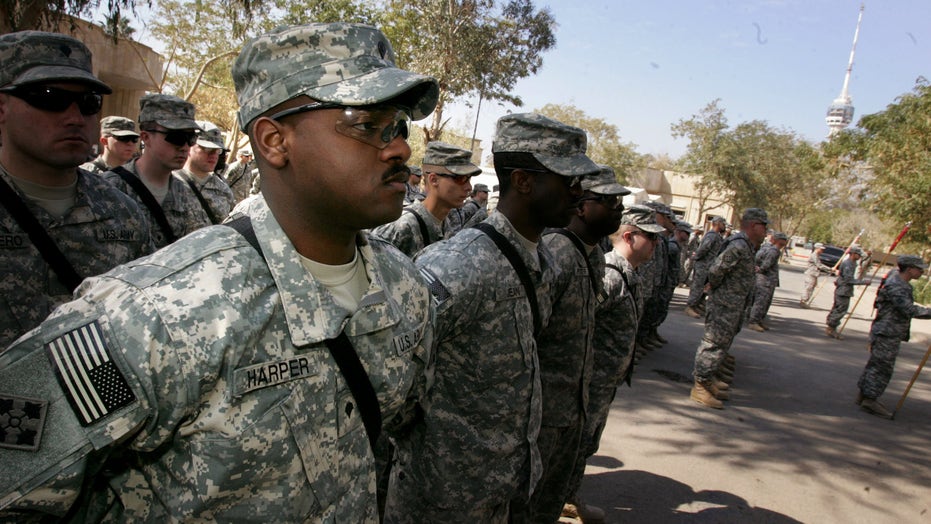 It sounds like something from a science-fiction film, but the U.S. Army is seeking technology that could see through walls and identify people on the other side.

In a recent request for information, the Army said it is accepting white papers to identify commercially available technologies that could push its development of a "sense through a wall system."

“The intent of this market survey is to identify potential man-portable systems that give the Soldier the ability to detect, identify, and monitor persons, animals, and materials behind multi-leveled obstruction(s) from a long standoff range,” officials wrote in the special notice. “The sensor system will also be able to map the structure and detect hidden rooms, passages, alcoves, caches, etc. including those underground.”

US army soliders from 4/42 Field Artillery Battalion look on during a transfer ceremony in the heavily fortified Green Zone area March 4, 2009 in Baghdad, Iraq. ((Photo by Wathiq Khuzaie/Getty Images))

Later in the request, the Army details what type of capabilities this technology should have.

It seeks a system that "will be able to track, locate, isolate, range, and count personnel and animals in a building or structure. This includes rapidly discriminating between friend and foe, classification of activities such as sitting, standing, walking, or lying down, and Positive Identification of personnel (PID) via biometric data."

According to the note, the Army’s Special Operations Forces, Combat Capability Development Command, Night Vision and Electronic Sensors Directorate, and Command, Control, Communications, Computers, Cyber, Intelligence, Surveillance, and Reconnaissance, or C5ISR, are all working together on the project.

The RFI's response date is March 11.