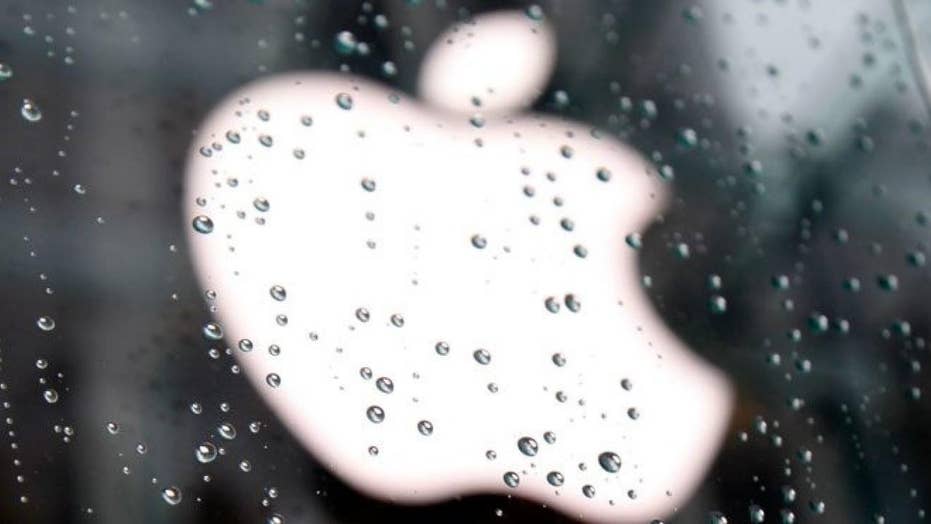 Apple may unveil its video streaming service on Monday

Apple may launch two new services on Monday, March 25. Reportedly, the tech company will announce its video streaming service and a new subscription service for magazines and newspapers.

On Monday, Apple will do something it has never done when making a product announcement — focus largely on other companies, not itself.

Apple is expected to launch two services on March 25, including its rumored video streaming service, at an event in Cupertino, Calif. that will be attended by Hollywood celebrities such as JJ Abrams and Jennifer Aniston. This is in stark contrast to past events, which have largely featured tech journalists, Wall Street and industry analysts.

As part of the video streaming service, Apple is expected to place a heavy emphasis on selling others' services for them, according to a report in Recode. It will work similar to the App Store and Amazon's successful Amazon Channels initiative, in that it will sell the services for them and take a cut of the transaction. Apple is also likely to unveil some of its own content, some of which stars Aniston as well as Reese Witherspoon, Steve Carrell and others.

On Sunday, The New York Times reported that five of the first shows that Apple has funded as part of its big content push have already been completed. Apple, which has not yet given a name to the service, is also said to be wooing other cable companies, such as HBO, Starz and Showtime ahead of the launch, according to Bloomberg.

Earlier this week, Apple unveiled new iPads, new iMacs and new AirPods. They were all introduced with simple press releases and without the usual fanfare Apple has given its products in the past, a stark reminder that Apple sees itself as more than just a consumer electronics company.

CEO Tim Cook, who has become increasingly active in touting the company's business outside of its iPhone, has previously said the company would double its service revenue by 2020 from 2016 levels. Revenue attributed to its Services-related business totaled $10.9 billion in its most recent quarter, up 19 percent year-over-year.

To effort this along, Apple is said to be spending at least $1 billion on content, a venture that has been marred by reports of intrusion from Apple executives wary of content that might be considered overly graphic or anti-technology.

Earlier this month, The New York Post reported that Cook has been seen on the set on one of the Apple-funded shows "See," a futuristic sci-fi drama starring "Aquaman" star Jason Momoa. Several of the company's top brass, including Cook himself, have given notes to writers and showrunners, a process that has been deemed "intrusive," according to the Post's sources.

Apple's push into television and movie making is being led by two executives it hired away from Sony, Jamie Erlicht and Zack Van Amburg, who were responsible for shows such as "Breaking Bad" and "The Goldberg's."

ARE APPLE AIRPODS PUTTING YOU AT RISK FOR CANCER?

Monness Crespi analyst Brian White, arguably Apple's biggest supporter on Wall Street, believes the event will kick into high-gear the mindset that Apple is trying to shape how it is viewed. Apple is no longer just about iDevices, but rather a ubiquitous and indispensable part of everyone's lives, White believes. "In our view, Apple’s digital ecosystem remains a major differentiator, developing hardware, software and services to create a unique experience with devices working seamlessly together on Planet Apple," White wrote in a note to investors.

White added that Apple, which had more than 1.4 billion active devices at the end of its most recent quarter, will be well-positioned as more devices become a computer, allowing it to sell more services. "As more 'things' become a computer, we believe Apple is well positioned to benefit and unveil even more new services," White continued.

The increased push for consumers attention as iPhone sales slow to a crawl will not be easy, given the head start companies such as Netflix, Amazon and AT&T-owned HBO have when it comes to creating content people want to watch. Netflix, which recently said it would not be working with Apple on its streaming service according to Recode, ended 2018 with 139 million subscribers. Amazon has more than 100 million subscribers to its Prime service, which offers television shows and movies from not only Amazon itself, but other content producers, in addition to free shipping and a host of other perks.

HBO, considered by many to be the gold standard in Hollywood for creating mega-hit series such as "The Sopranos," "True Blood," "The Wire" and "Game of Thrones, has brought in new leadership that is focused on keeping consumers in its ecosystem. WarnerMedia chief John Stankey made headlines when he said the company would be increasing its content spending, wanting to capture "more hours of engagement," a comment that took many at the company by surprise, for fears it may erode its brand cache with consumers, as well as talent.

WarnerMedia is also launching its own streaming service later this year, compiling everything from the company under one roof, using HBO as the main hub.

VIDEO SHOWS IPHONE SHREDDED TO DUST IN A BLENDER, ALL IN THE NAME OF SCIENCE

Fox News first began reporting of Apple's push into filmmaking in 2017, when it began to look for production space in Southern California.

Recent news reports indicate that Apple has signed up The Wall Street Journal and Vox for the new service, which will be housed inside Apple News.

Apple may also introduce a branded credit card, as Bloomberg reported that journalists covering the payments industry have been invited to the event.

Last month, The Wall Street Journal reported Apple was teaming up with Goldman Sachs for a credit card that would have iPhone-centric features in a bid to help users manage their money. Goldman Sachs' new CEO, David Solomon, is said to be attending the event.

Apple currently has its own mobile payments offering, known as Apple Pay, which allows users to input their debit and credit cards into their iPhone and tap point-of-sale systems to pay for goods such as sandwiches and coffees.