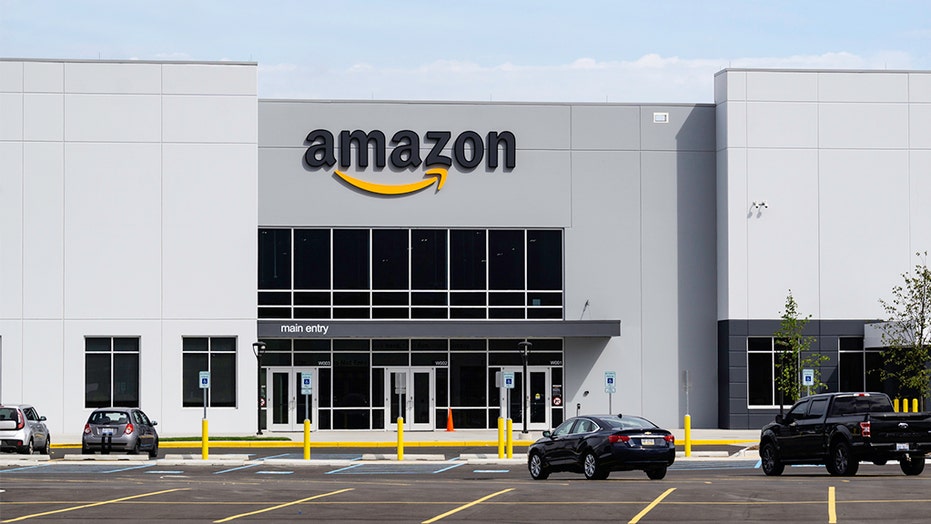 Amid the intense scrutiny on the company over working conditions at its fulfillment centers, an Amazon employee has died from COVID-19, Fox News has confirmed.

A worker at the company's Staten Island fulfillment center known as JFK8 died. Managers at the site were notified on Monday of the death.

“We are deeply saddened by the loss of an associate at our site in Staten Island, NY," Amazon spokesperson Rachael Lighty told Fox News. "His family and loved ones are in our thoughts, and we are supporting his fellow colleagues.”

Stuart Appelbaum, President of the Retail, Wholesale and Department Store Union, said the death was a tragedy and put the onus on Amazon.

“For a long time now, workers at JFK8 and other Amazon facilities around the world have been demanding safer working conditions - especially during this pandemic," Appelbaum said in comments obtained by Fox News. "Yesterday’s death unfortunately has shown the true cost of Amazon’s failure to provide a safe work environment."

A source familiar with the situation noted the employee was last at the warehouse on April 5. On April, he was confirmed to have COVID-19 and remained in quarantine.

The source added that Amazon is working to update all of its employees at the site and is providing support and counseling to those at JFK8.

The Verge initially reported the news.

Conditions at the Staten Island warehouse were brought into the spotlight after former Amazon employee Christian Smalls demanded that the Jeff Bezos-led company close the fulfillment center for a deep cleaning after a worker tested positive for COVID-19 in mid-March.

Smalls was later fired, with Amazon telling Fox News it terminated him because he violated several terms of his employment.

In April, Amazon fired two more employees, Emily Cunningham and Maren Costa, who criticized the alleged lax working conditions at its various warehouses and fulfillment centers around the country.

Amazon Senior Vice President of Worldwide Operations Dave Clark recently said the company was boosting the level of safety precautions it was taking at its various fulfillment centers, including checking temperatures of its associates. Clark added it was finally able to secure the "millions of masks" it ordered weeks ago.

The first-known death of an Amazon worker occurred on March 31 in Hawthorne, Calif. Another worker died, one day later, in Tracy, Calif.

In March, a group of four U.S. senators, including Sens. Bernie Sanders, I-Vt. and Cory Booker, D-N.J., wrote a letter to Amazon founder and CEO Jeff Bezos expressing their concern about the health and safety of the company's warehouse workers.

The company has been taking steps to improve worker safety, but questions remain whether it's enough.

Last month, reports emerged that 30 employees at a warehouse in Carteret, N.J., slightly more than 30 miles outside New York City, have tested positive for the novel coronavirus, citing an interview with an employee. A source familiar with the situation said the cases are not related or linked to one another.

An Amazon spokesperson told Fox News that the company began disinfectant fogging the facility in early April. The spokesperson also noted that "mandatory social distancing, temperature checks, and masks for everyone to use from arrival through shift departure," were in place at the facility.

"There is a lot of uncertainty in the world right now, and the best investment we can make is in the safety and well-being of our hundreds of thousands of employees," Bezos wrote in the letter to shareholders. "I’m confident that our long-term oriented shareowners will understand and embrace our approach, and that in fact they would expect no less.”

As of Wednesday morning, more than 3.68 million coronavirus cases have been diagnosed worldwide, more than 1.2 million of which are in the U.S., the most impacted country on the planet.

This story has been updated to include Amazon's response.