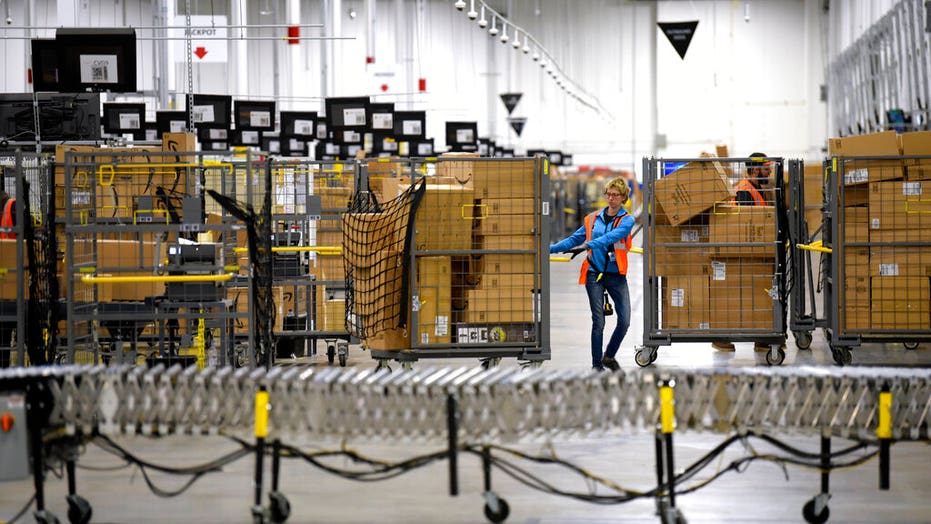 The subject of much scrutiny over conditions at its fulfillment centers, Amazon has suffered a mass of COVID-19 infections at a New Jersey-based warehouse, according to one media report.

Business Insider reported more than 30 employees at a warehouse in Carteret, N.J., slightly more than 30 miles outside New York City, have tested positive for the novel coronavirus, citing an interview with an employee. A source familiar with the situation said the cases are not related or linked to one another.

A worker, speaking on condition of anonymity, told the news outlet they received a text message stating there had been "additional confirmed cases of COVID-19."

"Every other day it's the same text message," the employee said. "Our building during one day shift has over 500 people in the building at once. There's no way to properly distance yourself when running at that capacity. And every day they're hiring more and more people.

"I used to feel safe here, but not anymore," the person added. "They just care about putting out packages."

Amazon spokesperson Rachael Lighty told Fox News the company is supporting the individuals who are recovering from the virus.

She added Amazon is looking into additional ways to keep its employees healthy and safe.

"In early April we began disinfectant fogging at our Carteret facility, a practice commonly used by hospitals and airlines, to supplement the enhanced cleaning measures that are already in place," Lighty told Fox News. "This is in addition to mandatory social distancing, temperature checks, and masks for everyone to use from arrival through shift departure, as we remain committed to keeping our teams healthy and safe."

Lighty also refuted the idea that the company is ending its wage increase, as has previously been reported. Instead, Amazon is extending the increase in hourly pay through May 16. Double overtime pay in the U.S. is also extended, though Lighty did not give a specific time frame for that extension.

"In addition, we are providing flexibility with leave of absence options, including expanding the policy to cover COVID-19 circumstances, such as high-risk individuals or school closures," Lighty continued. "We continue to see heavy demand during this difficult time and the team is doing incredible work for our customers and the community."

The company has been under intense scrutiny, from both its own employees, as well as lawmakers, over concerns for warehouse workers' safety and well-being.

In March, a group of four U.S. senators, including Sens. Bernie Sanders, I-Vt. and Cory Booker, D-N.J., wrote a letter to Amazon founder and CEO Jeff Bezos expressing their concern about the health and safety of the company's warehouse workers.

Earlier this month, Amazon fired two more employees, Emily Cunningham and Maren Costa, who criticized the alleged lax working conditions at its various warehouses and fulfillment centers around the country.

Amazon Senior Vice President of Worldwide Operations Dave Clark recently said the company was boosting the level of safety precautions it was taking at its various fulfillment centers, including checking temperatures of its associates. Clark added it was finally able to secure the "millions of masks" it ordered weeks ago.

As of Friday morning, more than 2.7 million coronavirus cases have been diagnosed worldwide, more than 869,000 of which are in the U.S., the most impacted country on the planet.