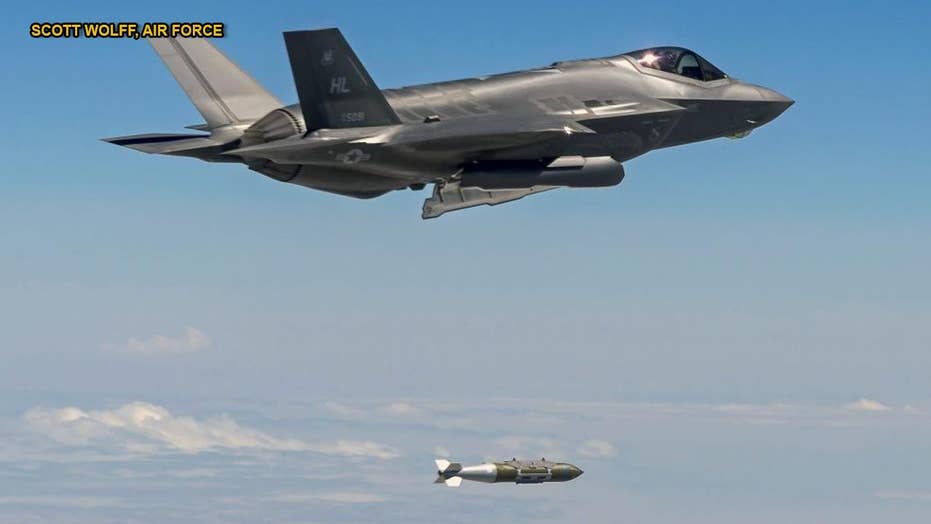 Thanks to it having advanced precision, lethality and adaptability, the Air Force is ramping up production of the air-dropped, precision-guided BLU-129 bomb. The BLU-129 is increasingly in demand by field commanders, due to being capable of quickly tailoring its explosive charge depending upon the threat. Attackers can adjust the explosive power while in-flight, in some cases enabling extremely effective, more narrowly-configured attacks.

The Air Force is revving up production of the air-dropped, precision-guided BLU-129 bomb increasingly in demand by warzone commanders - so accurate, lethal and precise, it is called “the world’s largest sniper accuracy.”

The BLU-129 is increasingly in demand because, among other things, it is capable of quickly tailoring its explosive charge depending upon the threat, using what’s called “variable yield effects.” Variable-yield effects allow for attackers to adjust the explosive power while in-flight, in some cases enabling extremely effective, yet precise, more narrowly-configured attacks.

“There are limited numbers of this weapon, and we want to hold onto it for those missions which need to have only that capability,” Col. Gary Haase, Air Force Research Laboratory (AFRL), told Warrior Maven in an interview last Fall at an Air Force Association Symposium.

Developing what Air Force engineers call “flight selectability” is an essential element of this, as it will enable dynamic combat-targeting to adapt while an aircraft is airborne. This can be done with a range of technologies to enable improved precision with multi-mode energetics and specialized structures engineered into the warhead.

The BLU 129 is described as having innovations called “adapted effects design” with a contained lethal radius, yet precise and substantial destructive ability. “This allows a much-reduced size of warhead with the same kill capability,” Maj. Gen. Larry Stutzriem, USAF (Ret.) - former fighter pilot and current Director of Research for the Mitchell Institute - said AFA in September of last year. Stutzriem characterized an explosive envelope as a “combination of heat blast and fragmentation.”

There is a compelling needed for a new regime of munitions for expanded effects, according to Haase. Given that combat warfighters discovered more applications for the weapon beyond things it was initially built to do, the Air Force has been restarting production of the BLU-129 weapon.

Accelerated production of the BLU-129 represents a significant element of an ongoing Air Force initiative to build increased attack flexibility within an individual warhead by adjusting timing, blast effect and detonation.

“We want to have options and flexibility so we can take out this one person with a hit-to-kill munition, or crank it up and take out a truck or a wide area,” Hasse told Warrior Maven.

A vendor which makes some of the warhead casing, Aerojet Rocketdyne, provides some technical detail about how the weapon achieves its precision.

Hasse explained “multi-mode energetics” as a need to engineer a single warhead to leverage advanced “smart fuse” technology to adjust the blast effect.

These kinds of technical advances, wherein munitions can be adjusted in-flight, is inspiring new thinking when it comes to Concepts of Operations (CONOPS). Newer targeting and explosive yield variation naturally changes the types of attack missions falling within the realm of the possible.

Hasse explained that the BLU-129 brings additional elements of attack flexibility because instead of traveling with both very large, heavier bombs, a pilot can simply drop four BLU-129s on a target to increase blast effect.