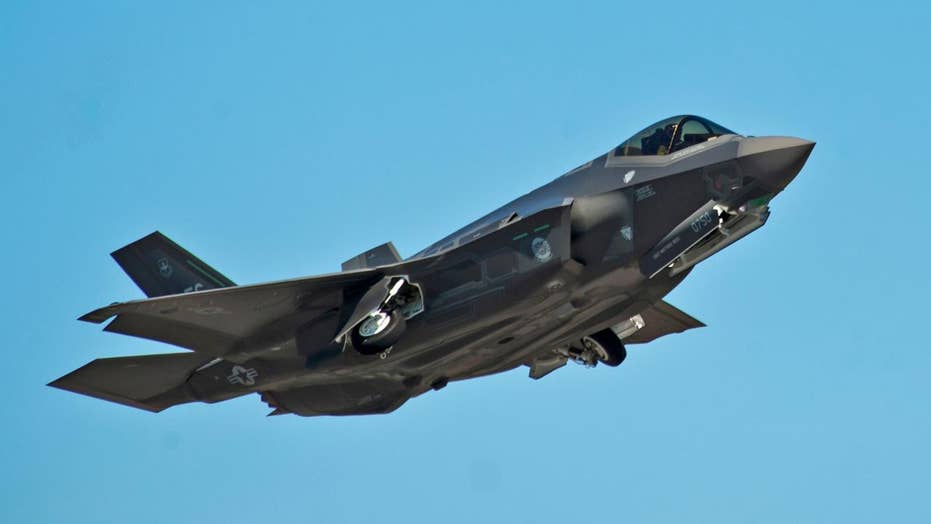 During a recent air-combat Red Flag exercise that included 3,000 personnel from 39 units, including the U.S. Navy, U.S. Air Force, Royal Air Force and Royal Australian Air Force, a 5th generation F-35 stealth fighter was able to 'kill' about 60 enemy fighters using it's long range sensors and weapons. According to Air Force Col. Joshua Wood who was part of the exercise, he had 'never seen anything like it before.'

Yet, in a life-saving flash, the endangered 4th pilot was told to “turn around” by an F-35 operating in the vicinity who radioed an instant warning. The 5th-Gen, multi-role stealth fighter then used its long-range sensors and weapons to “kill” the enemy aircraft, according to an Air Force news report.

“I’ve never seen anything like it before. My wingman was a brand new F-35A pilot, seven or eight flights out of training. He gets on the radio and tells an experienced, 3,000 hour pilot in a fourth-generation aircraft. ‘Hey bud, you need to turn around. You’re about to die, There’s a threat off your nose,’” Wood explained in the service report.

“The F-35 ‘redefines’ how you go to war with a platform. it fuses data at a very core level, providing pilots with information to be lethal in the battlespace,” Edward “Stevie” Smith, F-35 domestic business development director, Lockheed Martin, told Warrior Maven in an interview.

Developers explain that the F-35 is, by design, intended to draw upon its stealth configuration to “Suppress Enemy Air Defenses” while monitoring air-to-air and air-to-ground threats.

An engineer familiar with F-35 technology explained it this way - “There is a FLIR (Forward-Looking Infrared) built into the airplane. The DAS (Distributed Aperture System with 360-degree cameras) and the EOTS (Electro-Optical Targeting System to track and attack long range targets) can see things in mid-wave IR at pretty significant ranges, tracking them from a long way.”

"We could launch and leave," Flynn explained.

Although modern weapons such as long-range air-to-air missiles, and the lack of near-peer warfare in recent years, means dogfighting itself is less likely these days. As the service prepares for future contingencies against technologically advanced adversaries, maintaining a need to dogfight is of great significance. For instance, the emerging Chinese J-10 and Russian 5th Gen PAK-50 clearly underscore the importance of this.

GOOGLE ADMITS IT DIDN'T TELL NEST USERS ABOUT BUILT-IN MIC, SAYS IT WAS NEVER INTENDED TO BE A SECRET

If pilots can complete the OODA loop more quickly than an enemy during an air-to-air combat engagement, described as “getting inside an enemy’s decision-making process,” they can destroy an enemy and prevail. Faster processing of information, empowering better pilot decisions, it naturally stands to reason, makes a big difference when it comes to the OODA loop.

Connectivity with air and ground combat assets, drawing upon emerging data-link technology, has been a key part of the exercise as the Air Force strengthens efforts to work with other services on cross-domain fires operations.

The OODA Loop is of equal importance to the F-35 which, while engineered to dogfight as well, is built to draw upon its long-range sensors to complete the process - before ever seen by an enemy.

The Air Force plans to actualize key aspects of this with, for instance, LINK 16 upgrades to the F-22 that enable it to improve data-sharing with the F-35 and 4th-generation aircraft in real-time in combat.

First operational in 2005, the F-22 is a multi-role fighter designed with stealth technology to evade enemy radar detection and speeds able to reach Mach 2 with what is called "super-cruise" capability. Supercruise is the ability to cruise at supersonic airspeeds such as 1.5 Mach without needing afterburner, a capability attributed to the engine thrust and aerodynamic configuration of the F-22.

The F-22 is built with two Pratt & Whitney F119-PW-100 turbofan engines with afterburners, Air Force statements said. The aircraft has a 44-foot wingspan and a maximum take-off weight of more than 83,000 pounds.