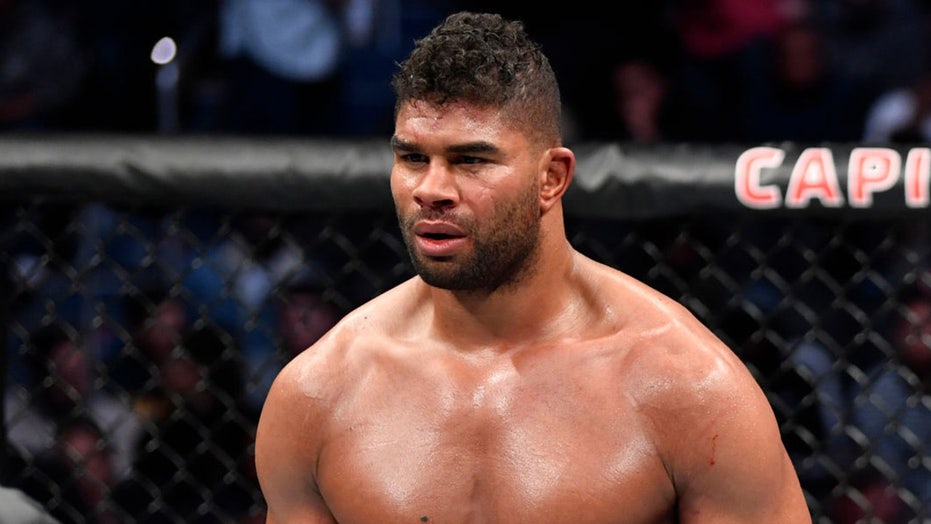 Alistair Overeem suffered a gruesome lip injury during his knockout loss against Jairzinho Rozenstruik on Saturday.

The 39-year-old heavyweight competitor was battling Rozenstruik in the main event of UFC on ESPN 7 in Washington, D.C. He got knocked out with four seconds left in the fifth round.

To top it off, Overeem suffered a huge gash to the left side of his upper lip. He tweeted he was getting “stitched up” after the fight and lamented what he called a “fast stoppage.”

“Getting stitched up. Lip not to sexy at the moment.. a little bit a fast stoppage if u ask me — but hope u guys enjoyed the fight,” he tweeted.

Alistair Overeem of Netherlands reacts after his TKO loss to Jairzinho Rozenstruik of Suriname in their heavyweight bout during the UFC Fight Night event at Capital One Arena on December 07, 2019 in Washington, DC. (Photo by Jeff Bottari/Zuffa LLC via Getty Images)

Overeem had plastic surgery on his lip Sunday and was resting afterward, ESPN reported.

Overeem fell to 45-18 overall while Rozenstruik improved to 10-0.

It’s unclear what the future holds for Overeem after his latest loss. The Dutch fighter is now 2-3 in his last five bouts and has suffered 14 knockout losses in his long mixed martial arts career.